Terraforming of the Corinth Canal

The Corinth Canal connects the Gulf of Corinth with the Saronic Gulf in the Aegean Sea. It cuts through the narrow Isthmus of Corinth and separates the Peloponnese from the Greek mainland, arguably making the peninsula an island. The canal was dug through the Isthmus at sea level and has no locks. It is 6.4 kilometres (4 mi) in length and only 21.4 metres (70 ft) wide at its base, making it impassable for most modern ships. Nowadays it has little economic importance and is mainly a tourist attraction. 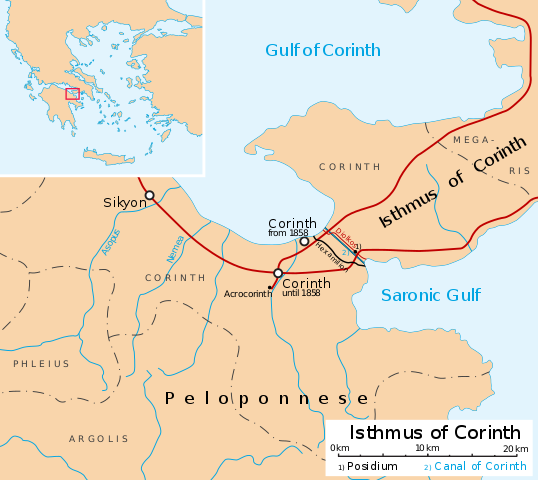 I don’t know what those living in the 1st century AD thought about their construction capabilities, just like I don’t know where information like this comes from.

If we consider that Pliny the Elder died during the Pompeii event in 79 AD aka 1631 AD, things could become a bit more doable. Not by much though.
As it stands this canal was made between 1881 and 1893. 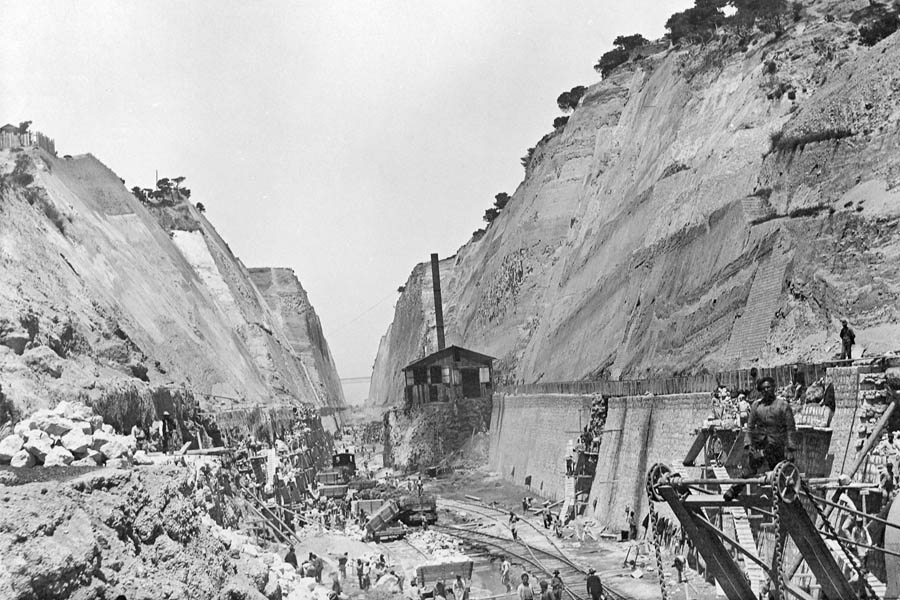 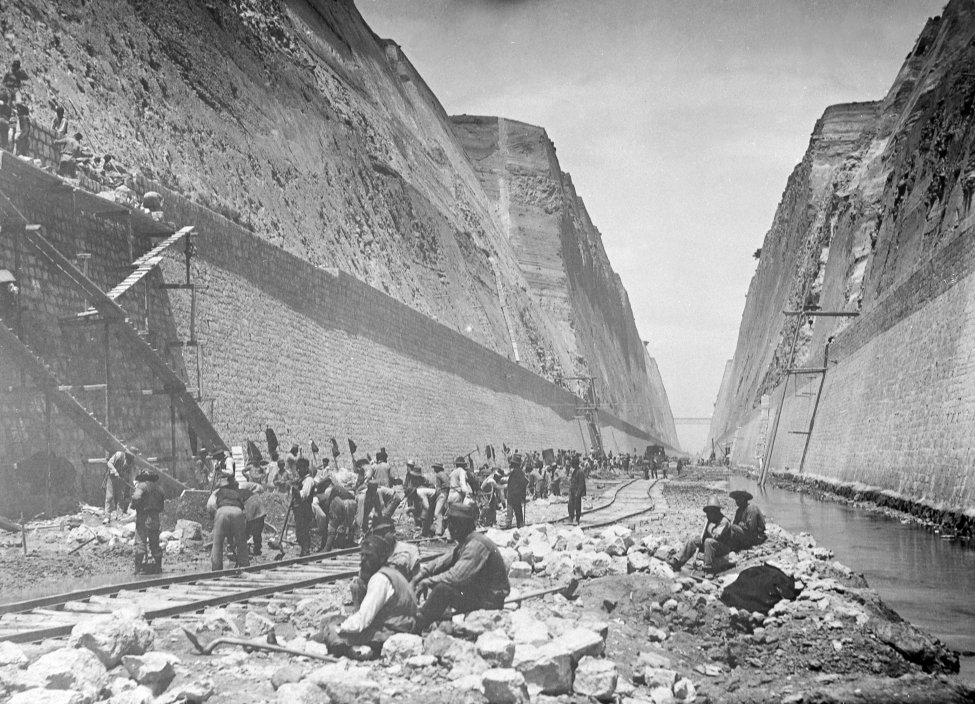 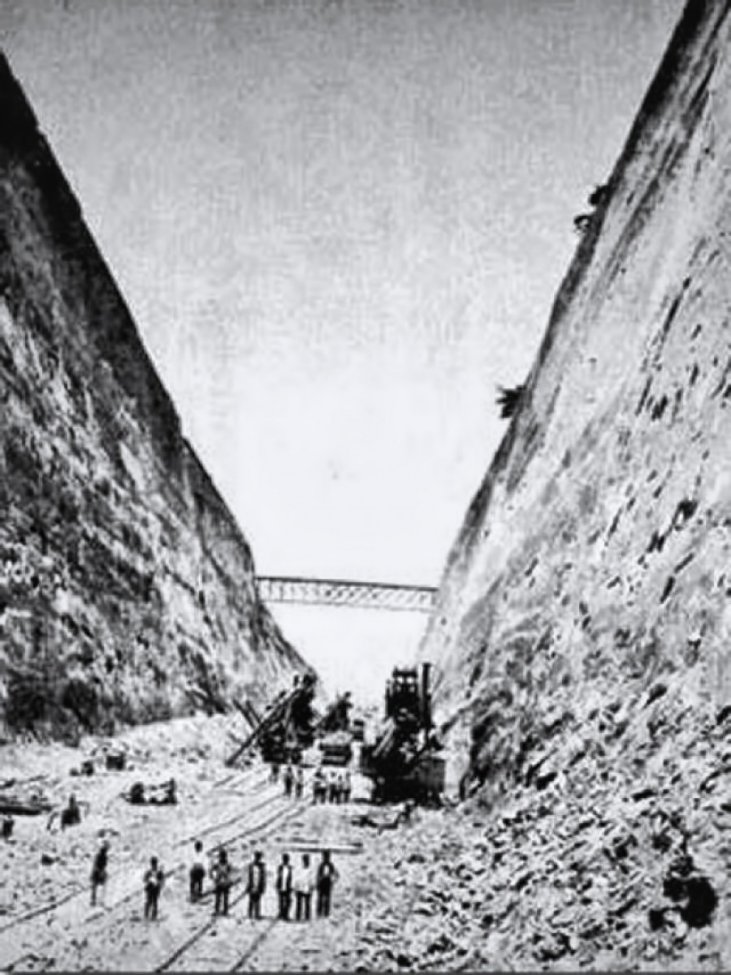 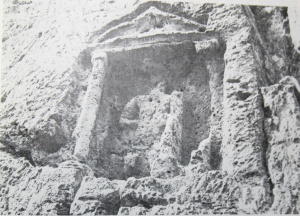 On the Remains of Nero’s Corinth Canal Project 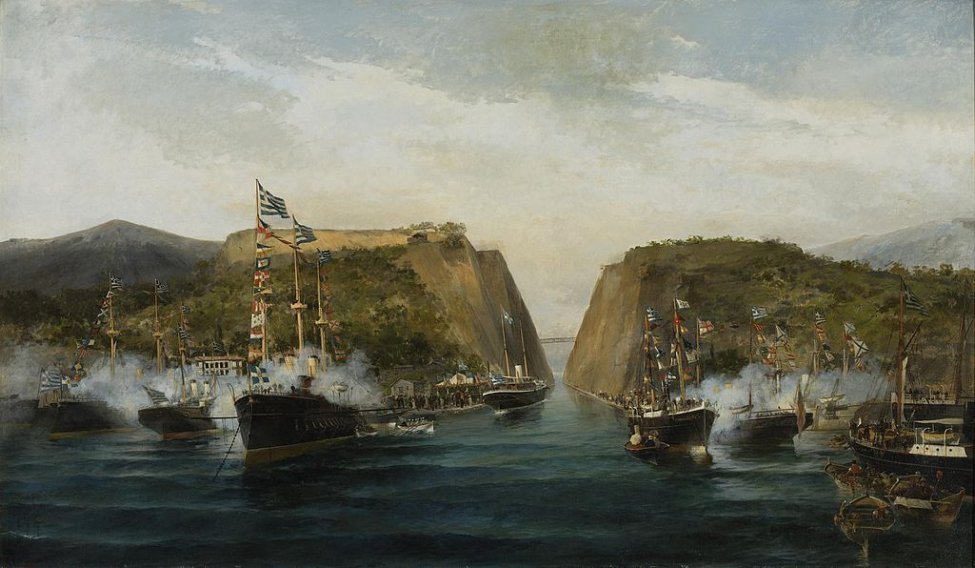 KD: But the above stuff is not the reason for this article. The image below is. 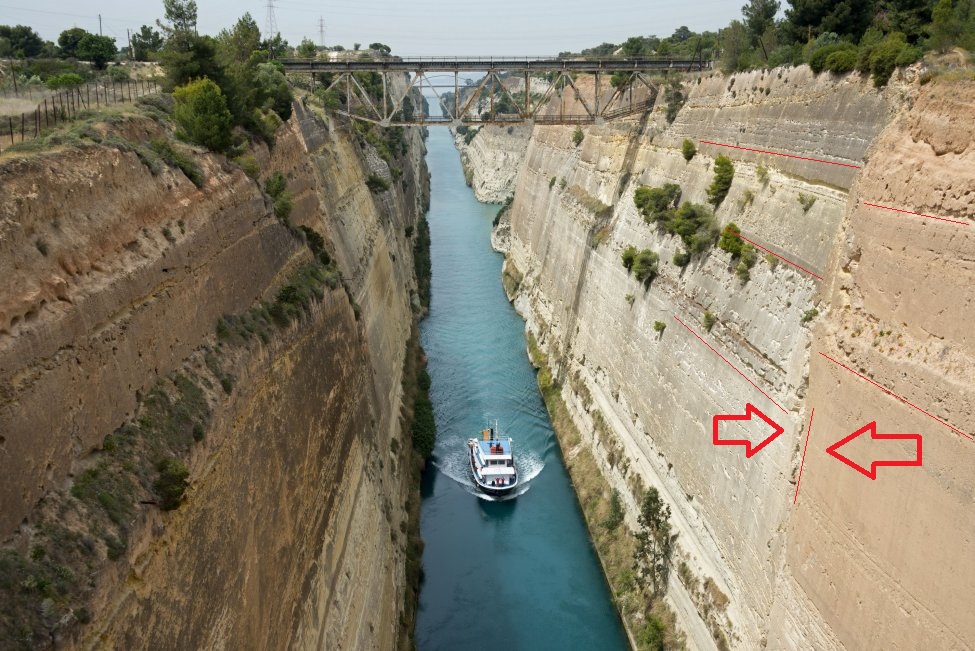 ​
While we are lead to believe that this terraforming is natural, these vertical lines separating different colors of the rock... is this really natural? Could nature work in such mysterious ways, or... could we be looking at an example of some artificial landscaping?
Click to expand...