The Seal of the State of Colorado: All Seeing Eye, Fasces and XIX-19

I just could not help myself and got sucked into these United States Seals. Next one is the The Seal of the State of Colorado. It's just as interesting as the California Sate one. The design for the territorial seal which served as a model for the state seal or Great Seal of Colorado has been variously credited, but the individual primarily responsible was Lewis Ledyard Weld, the territorial secretary, appointed by President Abraham Lincoln in July 1861. There is also evidence that Territorial Governor William Gilpin also was at least partially responsible for the design. Both Weld and Gilpin were knowledgeable in the art and symbolism of heraldry. Elements of design from both the Weld and Gilpin families’ coats of arms are incorporated in the territorial seal. 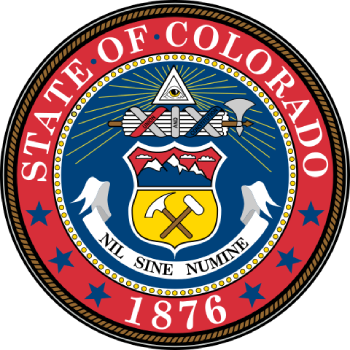 ​
The official description of the Seal of Colorado is: 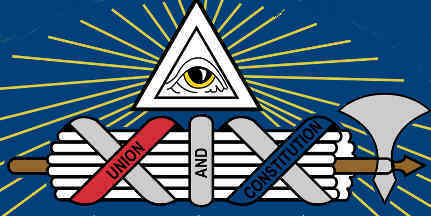 ​
There could be other things in this Seal, but I see three things which have nothing to do with the United States of America State of Colorado. They are:

The All Seeing Eye​
Wikipedia chooses to call it the Eye of Providence. Allegedly, the Eye has its origin in Christian iconography, showing an eye often surrounded by rays of light or a glory and usually enclosed by a triangle. It represents the eye of God watching over humanity. In the modern era, a notable depiction of the eye is the reverse of the Great Seal of the United States, which appears on the United States one-dollar bill. 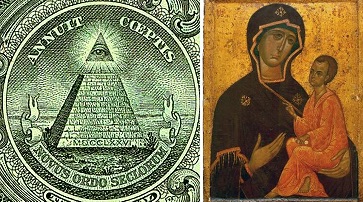 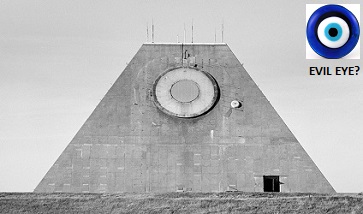 Why Did the U.S. Build an Uncapped Pyramid in N. Dacota
Link + Link​
If this All Seeing Eye has its origin in Christian iconography, I might as well shut down this blog here. I don't want to go into the "Eye" issue now. The thing is big enough to be an article of its own. 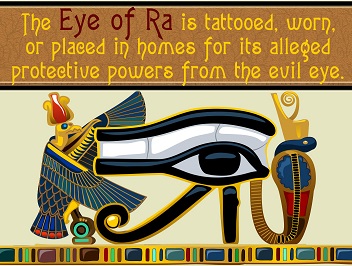 ​
I doubt that one of us knows the true meaning of the Eye, but I'm pretty sure the ones who placed it on the Seal should. Their names were mentioned above. That is, of course, if those individuals had anything to do with it. For some speculative info on this Eye thing we have some links below:
Then we have these Benben Stones, which make the entire All Seeing Eye issue just more confusing. The Fasces​
Roman, or Etruscan Fasces is one of the things we all have seen, yet our understanding of this bundle of wood appears to be as far from the truth as possible. I dare to say that we know nothing about it. This innocent pile of twigs with an attached axe could be one of the most powerful weapons known to mankind. I have strong reasons to believe that there is a group of people in our contemporary world, who know what this fasces device actually is, and what it does, and what it means. The meaning of this symbol should not be underestimated, for it allows us to understand who is who on the power ranking scale.

XIX or 19​
I have no independent knowledge as far as numerology, or religious/occult meaning of numbers goes. Therefore I just googled the meaning of the number 19. Here is what Simon says, though to be honest there was way more associated with #19. The below are the most interesting ones I observed:

Hammer and Pick​
I have nothing to say about the "Hammer and Pick" part, but some of the internet images look pretty provocative. If you know something interesting about this symbol, please let us know. 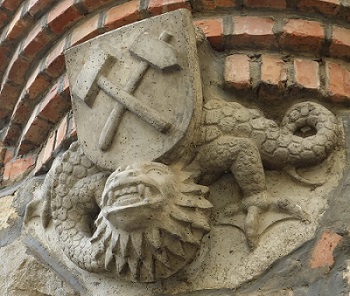 And as I was writing this post, I ran into the below video. It's about 20 minutes long. So far I just listened to the intro, and the guy is talking about some UFO connection. The description provided with the video states, "There is a secret message hidden in the Colorado State seal. What does it say?"

KD: Whatever train of thought was utilized by the creators of the Seal of Colorado... I doubt it was mentioned in any of the official sources. None of this appears to have anything to do with the state of Colorado in our traditional understanding of the 19th century history. If you have any thoughts on this, please share.

Related article: The Great Seal of the State of California: Horned Creature and the War Goddess
Click to expand...