Who founded and how old is Moscow? 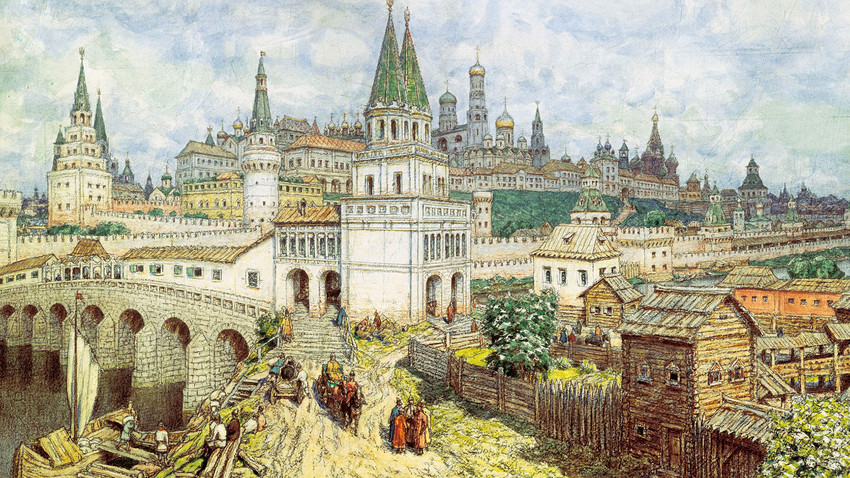 1147 AD​
Originally established in 1147, Moscow grew to become a prosperous and powerful city that served as the capital of the Grand Duchy of Moscow.

Prehistory​
Archaeological digs show that the site of today's Moscow and the surrounding area have been inhabited since time immemorial. Among the earliest finds are relics of the Lyalovo culture, which experts assign to the Neolithic period, the last phase of the Stone Age.
They confirm that the first inhabitants of the area were hunters and gatherers. Around 950 AD, two Slavic tribes, Vyatichi and Krivichi, settled here. Possibly the Vyatichi formed the core of Moscow's indigenous population.


Etymology​
The name of the city is thought to be derived from the name of the Moskva River. There have been proposed several theories of the origin of the name of the river. Finno-Ugric Merya and Muroma people, who were among the several pre-Slavic tribes which originally inhabited the area, called the river supposedly Mustajoki, in English: Black river. It has been suggested that the name of the city derives from this term.

The most linguistically well-grounded and widely accepted is from the Proto-Balto-Slavic root *mŭzg-/muzg- from the Proto-Indo-European *meu- "wet", so the name Moskva might signify a river at a wetland or a marsh.

880 AD​
There is more to be found in the magic box of Moscow’s legends. The Tale of Oleg, Founder of Moscow, otherwise called Of the Beginnings of the Sovereign Town of Moscow, which researchers also date back to the second half of the 17th century, credits the founding of Moscow to one of Rurik’s warlords, Prince Oleg, in the year 6388 (880). 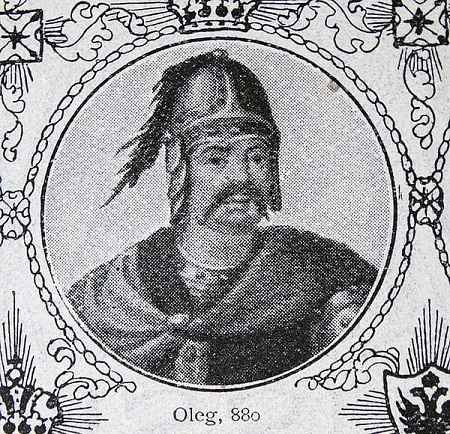 Oleg became the ruler of all Russian lands, followed by Rurik’s son Igor. The extremely concise narrative clearly emphasizes an issue crucial for the justification of the prince’s authority: the unknown author traces Igor’s lineage back to the Roman emperor Augustus. Russia’s succession to Rome thus becomes a matter of fact rather than just a formula.
The dispute, however, could be called serious in terms of intensity rather than the essence of its subject matter. Nikolai Karamzin in his History of the Russian State authoritatively named 1147 the correct year, just in accordance with Ipatiev Chronicle. Moreover, he specified the date of the two princes’ feast: Saturday of the Akathist, 28 March. Professor Ivan Snegiryov was the first historian who dared to place this date under doubt. Referring to certain shifts in Christian chronology, he suggested moving it instead to 5 April. Mikhail Pogodin and Alexander Herzen spoke in favour of Karamzin’s version, while Ivan Snegiryov was supported by his disciple Pyotr Khavsky and by the young Ivan Zabelin. The dispute ended in a draw: at the order of Emperor Nicholas I, Moscow modestly and almost unnoticeably celebrated its seventh centenary on… 1 January 1847. 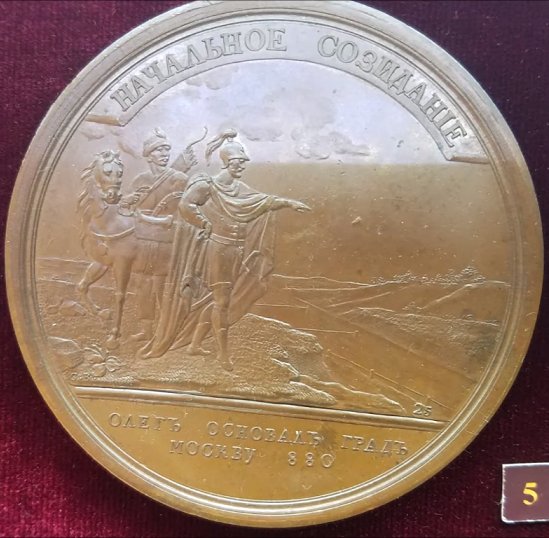 Oldest Cities in the World​
While I strongly disagree with the assigned dates (check out the link next to Athens), these are the official ages/dates provided to us by the PTB.

Moscow​
The below excerpt was published in 1599 in a book titled The Principal Navigations, Voyages, Traffiques and Discoveries of the English Nation.

​
The city of Moscow is supposed to be of great antiquity, though the first founder be unknown to the Russe. It seems to have taken the name from the river that runs on the one side of the town. Berosus the Chaldean in his 5th book tells that Nimrod (who other prophane stories call Saturn) sent...
...into Asia to plant colonies there, and that Moscus planted both in Asia and Europe. Which may make some probability, that the city, or rather the river whereon it is built, took the denomination from this Moscus: the rather because of the climate of situation, which is in the very farthest part & list(?) of Europe, bordering upon Asia.

The city was much enlarged by one Ivan Kalita, son to Daniel, that first changed his title of Duke into King: though that honor continued not to his posterity: the rather because he was invested into it by the Popes Legate, who at that time was Innocent IV about the year 1246, which was very much misliked by the Russe people, being then a part of the Eastern or Greek Church. Since that time the name of this city hath grown more famous, and better known to the world: insomuch that not only the province, but the whole country of Russia is termed by some by the name of Moscovia the Metropolite city.
KD question: The above-mentioned book was published in 1599. The city of Moscow was allegedly established in 1147. That would mean that in 1599 the city was 452 years old. When we compare this age to the oldest cities I mentioned above...
Additionally, we have the below 1695 excerpt from a book titled Most Considerable Occurrences that Have Happened in the World from Noah's Flood to the Year of Our Lord J.C. 1520. 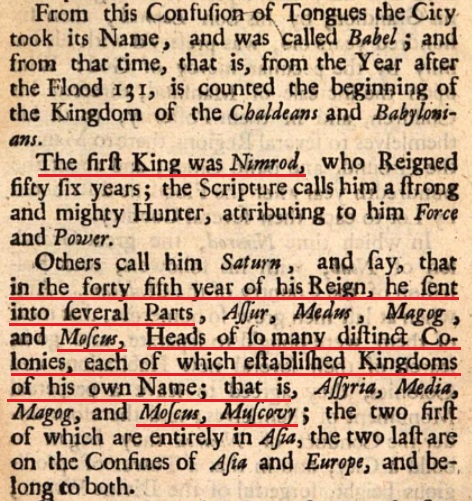 ​
Extra: This here is in Latin. I have no idea what it says, but based on the words I see, it's about Russia, Moscus and Moscow.

Nimrod​
Per the narrative, historians have failed to match Nimrod with historically attested figures. Nimrod may not represent any one personage known to history, and various authors have identified him with several real and fictional figures of Mesopotamian antiquity, including the Mesopotamian god Ninurta or a conflation of two Akkadian kings Sargon, his grandson Naram-Sin (2254–2218 BCE), and Tukulti-Ninurta I (1243–1207 BCE). Ashur​
Prior to the discovery of the Dead Sea Scrolls, there was contention in academic circles regarding whether Ashur or Nimrod built the Assyrian cities of Nineveh, Resen, Rehoboth-Ir and Calah, since the name Ashur can refer to both the person and the country.
I don't have much to say about the so-called Dead Sea Scrolls. Here are a few links.

Moscus​
In 1498 Annio da Viterbo published fragments known as Pseudo-Berossus, now considered a forgery, claiming that Babylonian records had shown a son of Japheth called Samothes had begun settling what later became Gaul in the 13th year of Nimrod. Later historians such as Raphael Holinshed (1577) identified Samothes as Meshech, and asserted that he first ruled also in Britain.
Beginning from the 16th century, some European scholars proposed the idea that the Muscovites had stemmed from Meshech. Sir Walter Raleigh (c. 1616) attributes this opinion to Philipp Melanchthon (1497–1560) and to Benito Arias Montano (1571), and it was also followed later by Jonathan Edwards (1703–1758).
Methinks: How did we go from Moscus to Meshech?

Soft disclosure? See The Apple (1967). The Russian ensign, Chekov, nostalgically tells Captain Kirk and Dr. McCoy: "The Garden of Eden was just outside of Moscow, a very nice place."

This is an interesting article by a Russian. It seems Moscow has spent almost as much as half of it's life on fire, with many such tall tales as we hear so often on this site but on the opposing continent.
Some more searches for Moscow on his page.

Similar looking helmets are displayed on the Monument to Minin and Pozharsky pedestal.

I was searching for the "forgotten" Dutch-Russian relationship and I stumbled upon a book that is supposed to be dedicated to queen (of Holland) Anna Paulowna (Romanov) who married king Willem II (1840)
And this book contains a letter (7121-1613) written by Michael Feodorowitz of Russia to Maurits of Nassau.

It is written in old Dutch so very hard to read and I am therefore not sure what I am reading exactly.
It is way too long and complicated to translate, but this:

"It is evident to you yourselves in many years, that in a hundred years or so (or many?) the great and renowned glories of the Russian Empire, having been from the great lords of the lineage of Emperor Augustus, rulers over the whole world and from him descends the grand duke Rourika and the grand duke Vladimiera, the light-consecrating and the enlightening Russia with the holy baptism."

Rourika seems to be vanished in history.
I found this about Rourika
Have you seen This
It says that Moscow was under rule of the Khan, from ukraenian perspective.

Here is a map seemingly displaying Moscovia and Russia as two different countries. 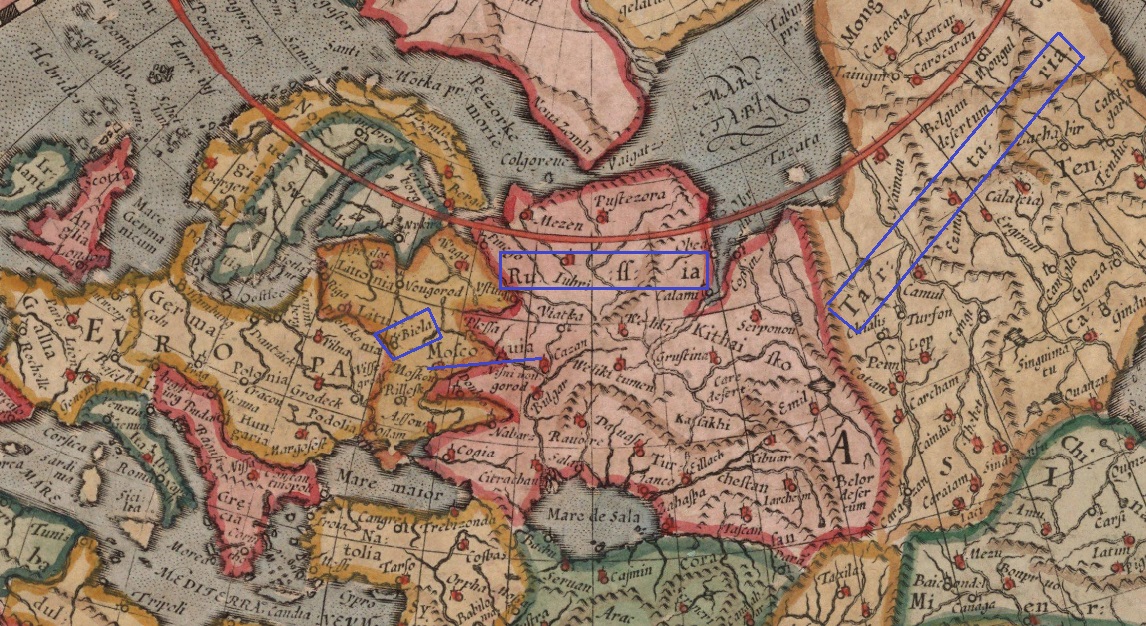 ​
North-west of Moscow (city) we have this city or town called Biela. Contemporary geography does not appear to have any Biela settlements in the area. Here is what I found.

Source
​
Map: 55°00′N 34°55′E - it's not far enough east to place this Biela in today's Belarus.
I could not find no Opschaw river in the area, but there is this Orsha river right next to the city of Tver. 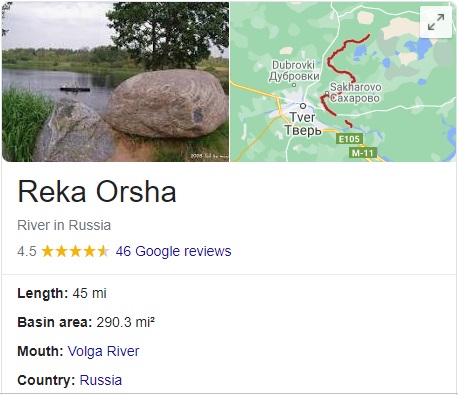 Question: Where is Biela? 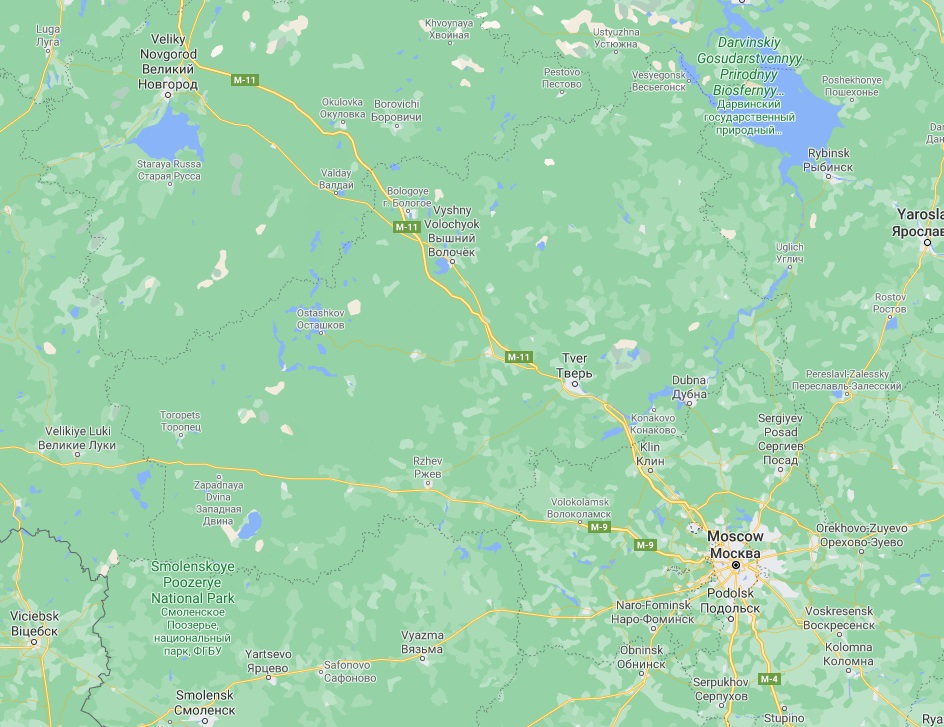 I guess this is Biela (white): Белый (город)

Jinxy said:
I guess this is Biela (white): Белый (город)
Click to expand...

Looks like you found it: Bely, a town in Tver oblast, is located on Obsha River. 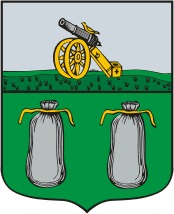 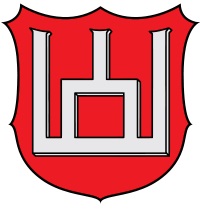 Source​
Sounds like it used to be a pretty important place. Today's looks of this Bely town do not reflect this.
J

Yes... Belarus... White Russia
The problem with Russian is all the conjugations
You must log in or register to reply here.
Similar articles