Built to Exhibit a Painting​
The London Colosseum was a building to the east of Regent's Park, London. It was built in 1827 to exhibit Thomas Hornor's "Panoramic view of London", the largest painting ever created. The design of the Colosseum was inspired by the Pantheon in Rome. The Colosseum was built on the east side of Regent's Park, between Chester Terrace and Cambridge Terrace. Designed by Decimus Burton, with the assistance of John Young it was in the form of a sixteen-sided domed polygon, with a Doric portico. It was built of brick rendered with cement in imitation of stone. It was demolished in 1874.

The Colosseum was a venture of English artist and surveyor, Thomas Hornor (Pictural Delineator of Estates ???), built to exhibit a vast panoramic view of London. The panorama was based on drawings Hornor had made from the vantage point of a temporary hut placed at the top of the dome of St Paul's Cathedral, while the cross and ball were being replaced in 1821-2. Initial plans to sell panoramic views came to nothing, but an elaborate scheme to create a 360-degree panorama on the inside of a dome of the Colosseum, specially built in Regents Park (and resembling the Roman Pantheon rather than the Roman Colosseum), came to fruition, but at such expense that its principal backer, Rowland Stephenson MP, had to flee to America in 1828, soon followed by Hornor. 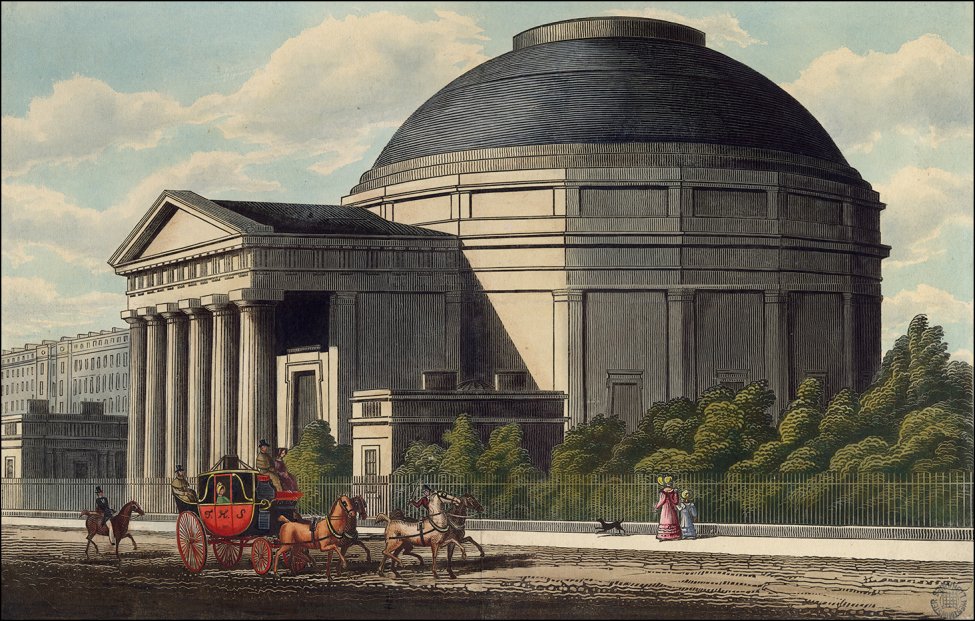 OK, who here knew that there was a Pantheon in London which they chose to name Colosseum, while it does not look like one? I sure did not. A building built to paint a picture in its dome, how about that? How much money did they have back then? Well, it does not matter for the ending to everything was always the same:
Poor dude was this Mr. Parris. Had to paint this "panorama" twice. By the way, those "financial difficulties" of 1843, apparently, left this London Colosseum in a piss poor condition. 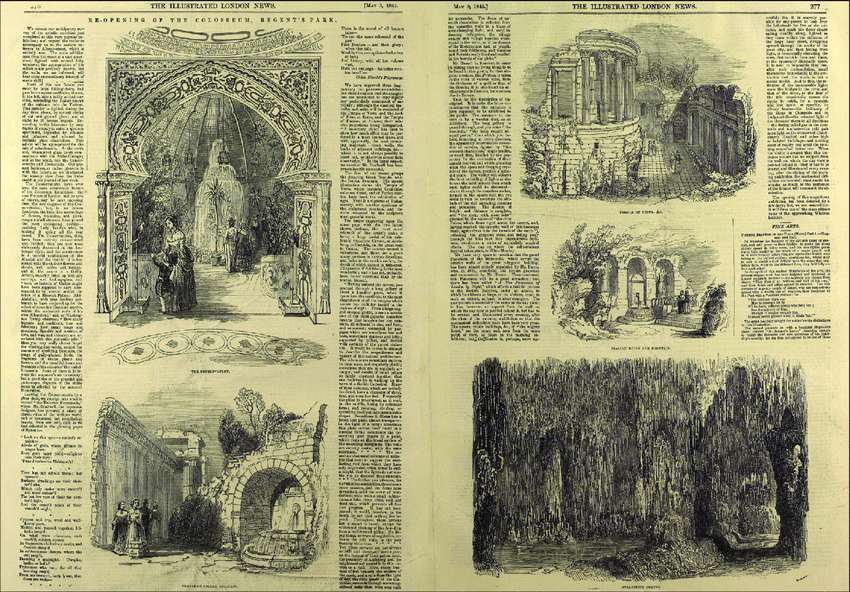 Guineas​
The guinea was a coin of approximately one quarter ounce of gold that was minted in Great Britain between 1663 and 1814. The name came from the Guinea region in West Africa, where much of the gold used to make the coins originated. It was the first English machine-struck gold coin, originally worth one pound sterling, equal to twenty shillings, but rises in the price of gold relative to silver caused the value of the guinea to increase, at times to as high as thirty shillings. From 1717 to 1816, its value was officially fixed at twenty-one shillings. 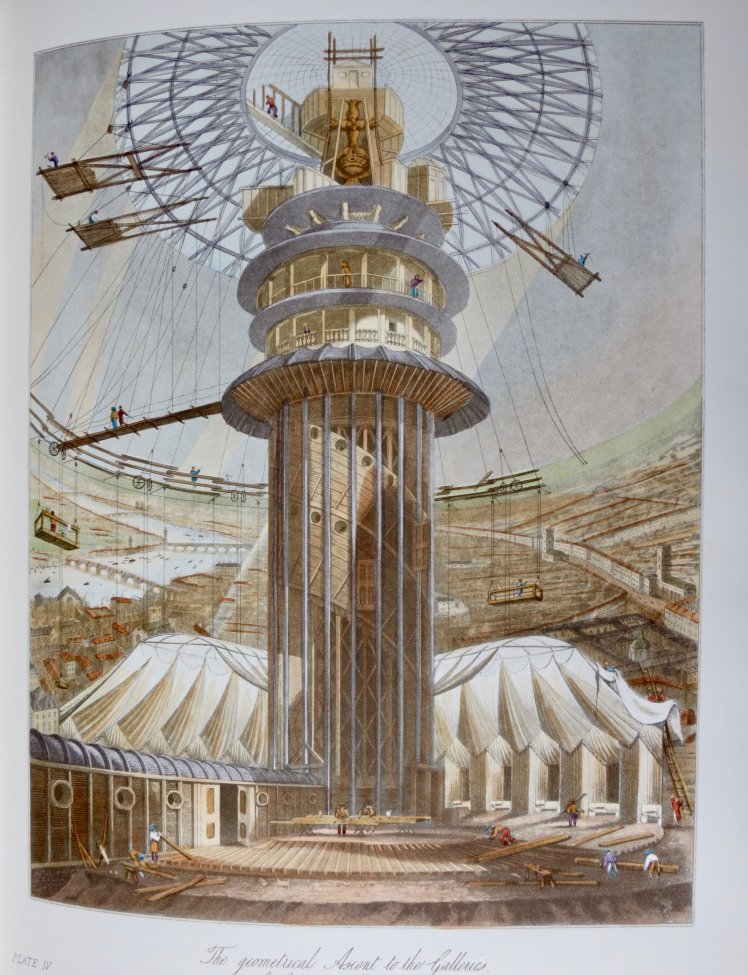 View in the Colosseum Regents Park London,
Summer Fashions for 1836
​
Nice view isn't it? This here is supposed to be London. 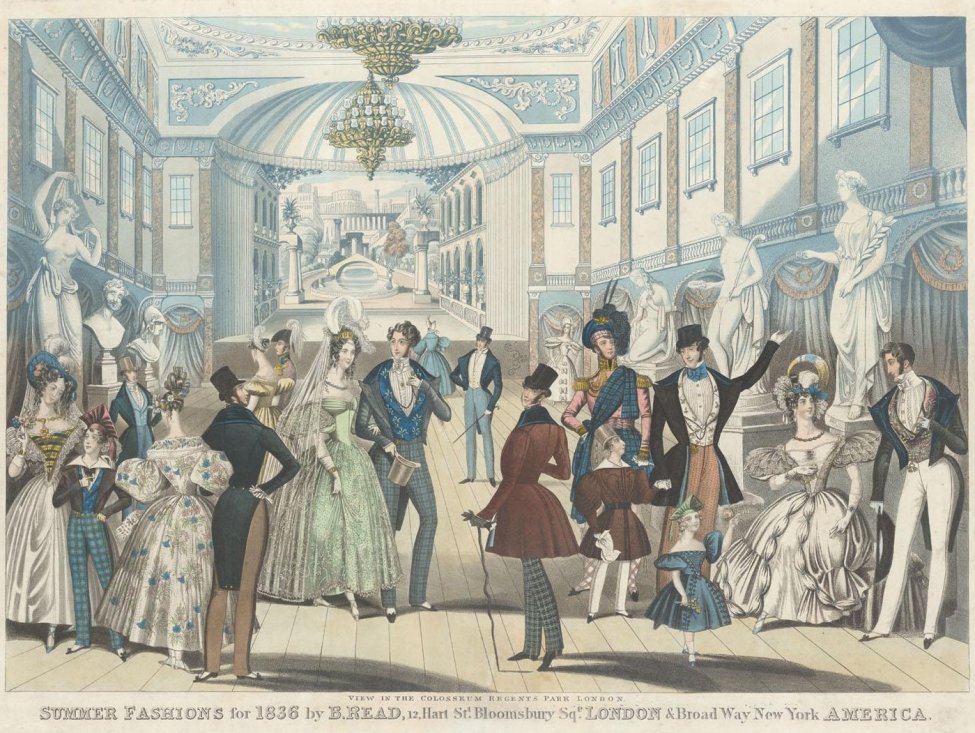 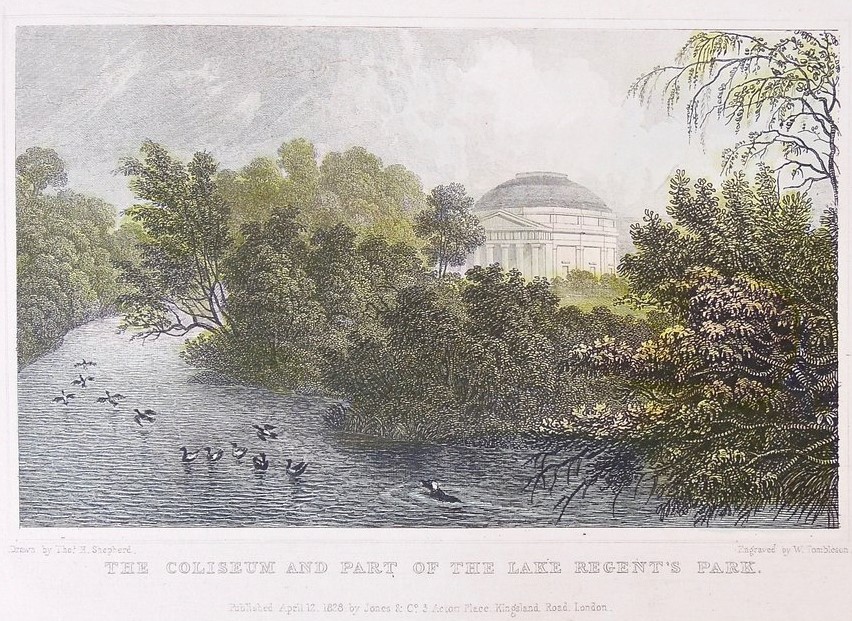 For those who wants to figure out what this "Swiss Cottage" was doing at, or may be inside the London Colosseum, here is a picture to start with. 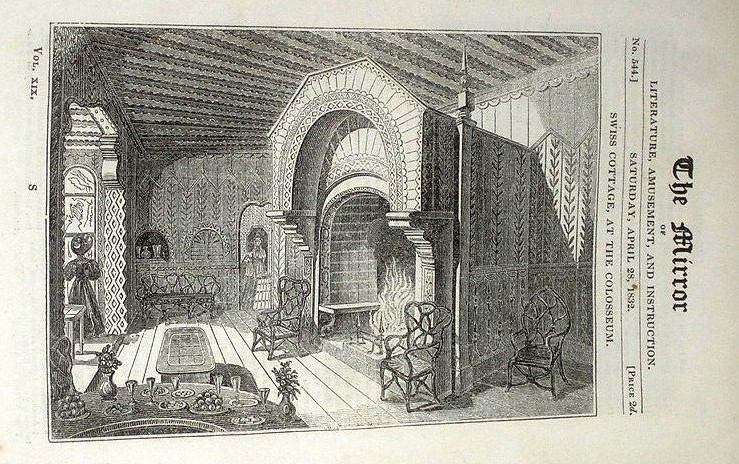 KD: Anyways, I cannot make heads or tails out of this London Colosseum. Why do we have another "Ancient Roman" structure getting built in the 19th century? It was built in 1827. Really? One year only? Who was the architect, how many people worked to get it built? Etc.
Click to expand...