I believe these photographs could be something interesting to look at. Top hats and all that good stuff. Some of the source-provided comments sound rather interesting, to say the least. There we go. 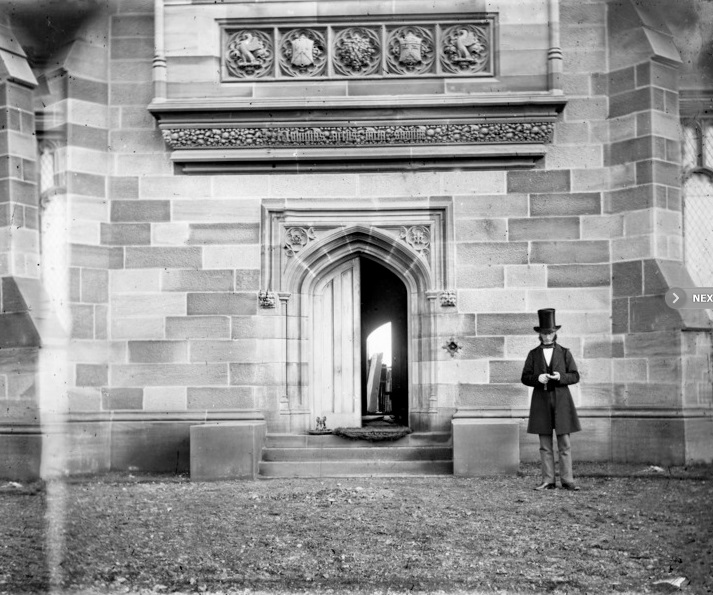 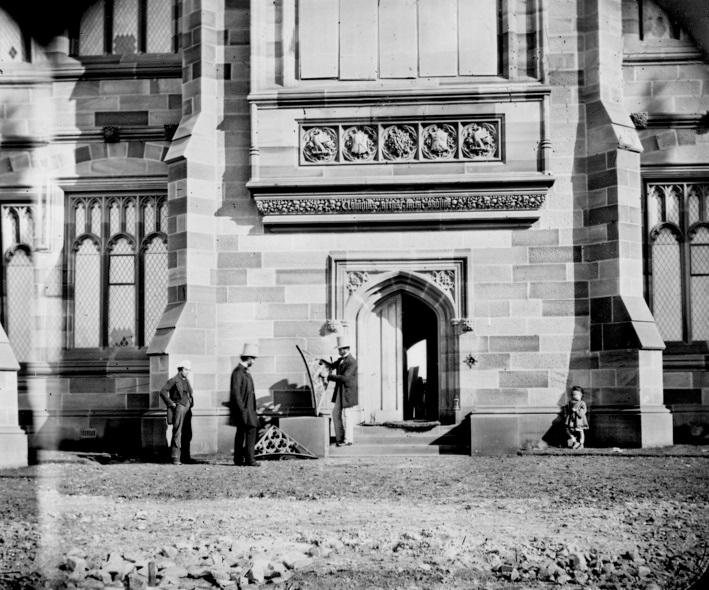 ​
3. University under construction, stoneworker in front of the window of main building. 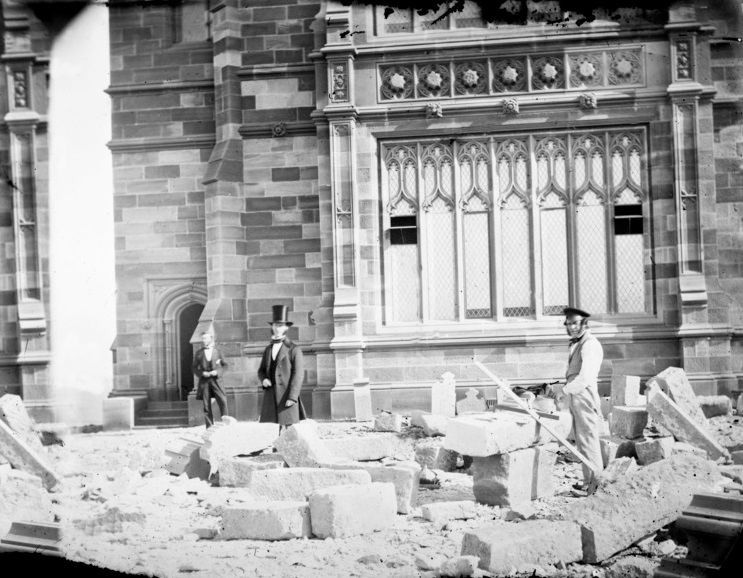 4. University under construction, carving the gargoyles. 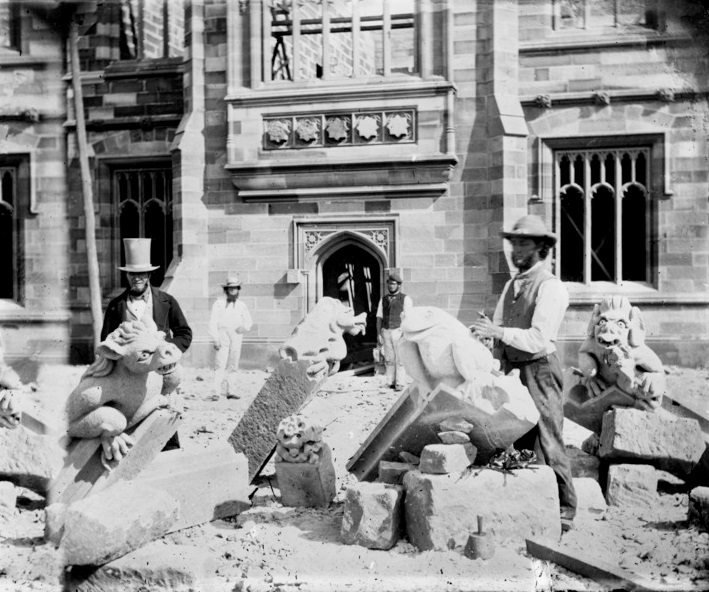 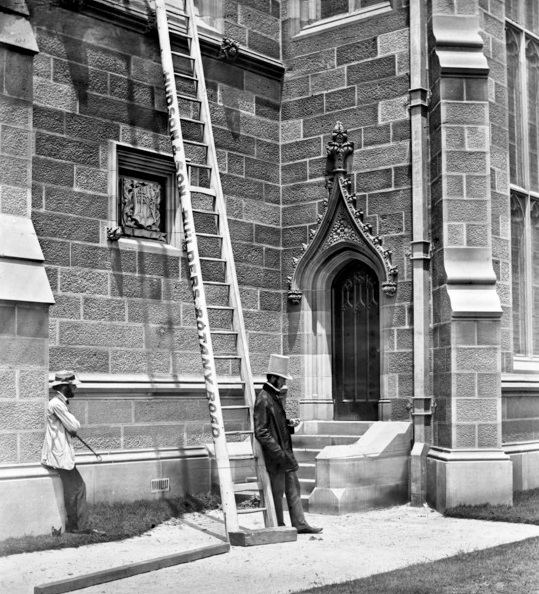 ​
6. University under construction, builders and observers. 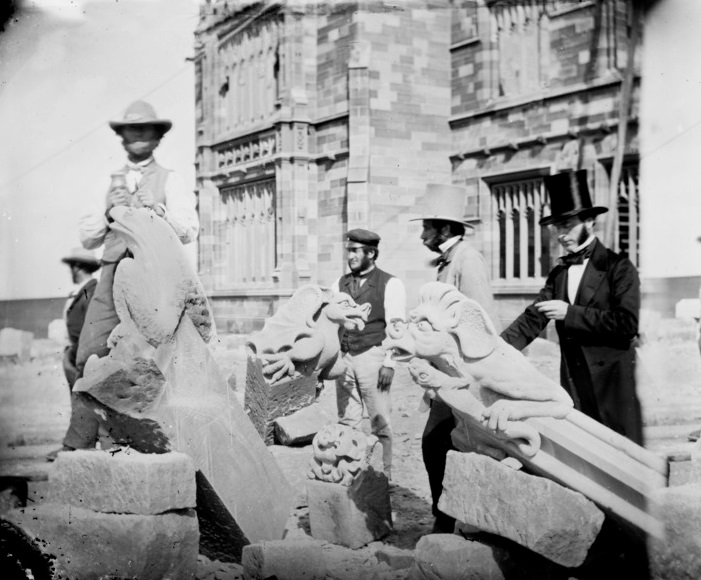 ​
7. Professors Smith, Pell and Woolley at Sydney University during construction. 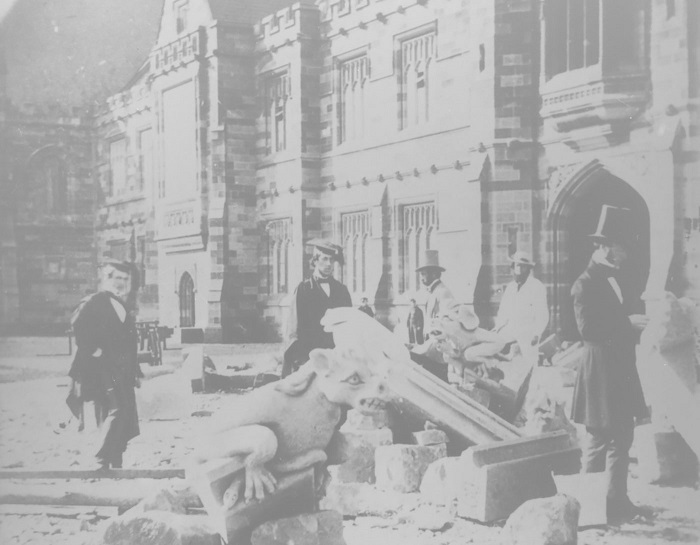 ​
I found one more photograph, which appears to be somewhat different qualitywise. It does appear that the top of the building is not quite there yet, but who knows? 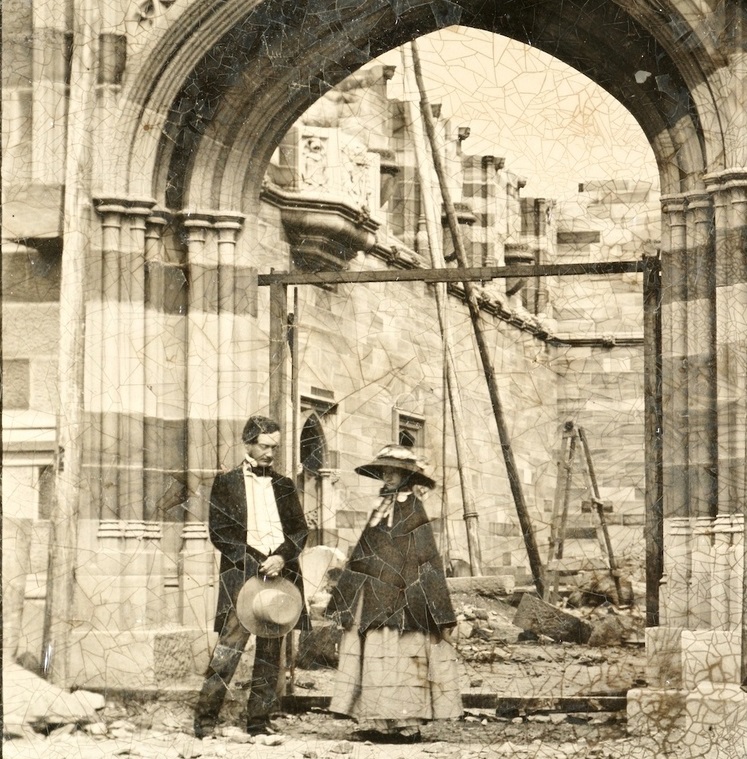 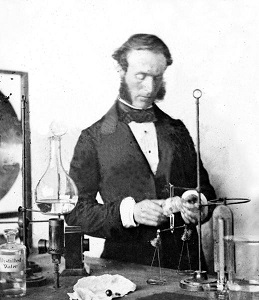 1821-1885​
In 1852, John Smith was appointed Foundation Professor of Chemistry and Experimental Physics at the University of Sydney, the first Professor of Chemistry in Australia. Smith was appointed Dean of the Faculty of Medicine in 1856 and became a Fellow of Senate in 1861. The University Archives hold a splendid collection of historic photographs of the University and Sydney surrounds taken between 1855 and 1880 by Smith. He was an exceptionally talented amateur photographer, one of the first in this country, and his photographs have historical significance in the development of the visual arts in Australia.

KD: Well, there we have it. Those are the constructions photographs of the Great Hall of the University of Sydney in Australia. If you find any additional "construction" photographs, please share with the rest.