We all know that there were some pretty interesting ships participating in the US Civil War. The below panoramic view of the Charleston Harbor, published on 5/2/1863 can serve as a testament to that. First in line of the ironclads below is:

Source
​
The image below is very similar, but there is one different word being used in the description. For some "Confederates" and "Rebels" could sound synonymous, given the circumstances. Personally, I think there is a deeper meaning to this.

1862 USS Keokuk​
USS Keokuk was an experimental ironclad screw steamer of the United States Navy named for the city of Keokuk, Iowa. She was laid down in New York City by designer Charles W. Whitney at J.S. Underhill Shipbuilders, and launched in December 1862.

Design​
USS Keokuk was one of the first warships to be of completely iron construction, with wood used only for deck planks and filler in the armor cladding. Her hull construction consisted of five iron box keelsons and one hundred 1-inch-thick by 4-inch-deep iron frames spaced 18 inches between centers. The frames included integral iron cross beams for the decks, with no transverse wood timbers as used on the Monitor. Her bow and stern sections were flooding spaces to allow raising and lowering her waterline. 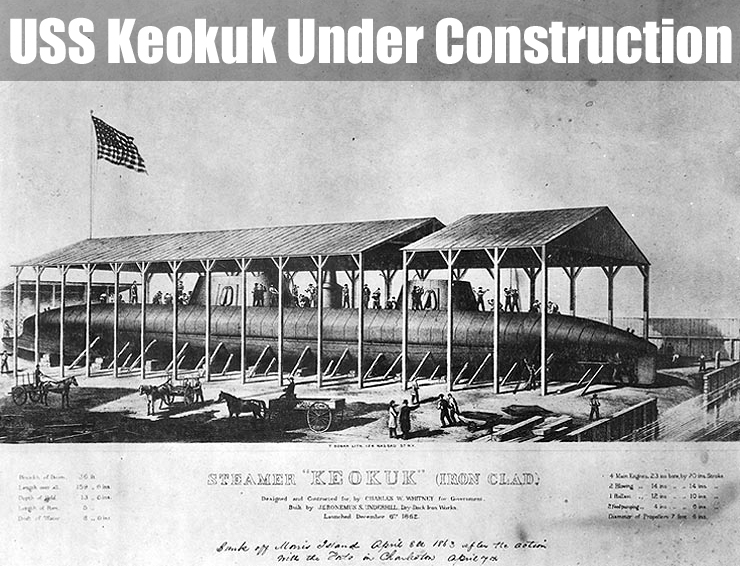 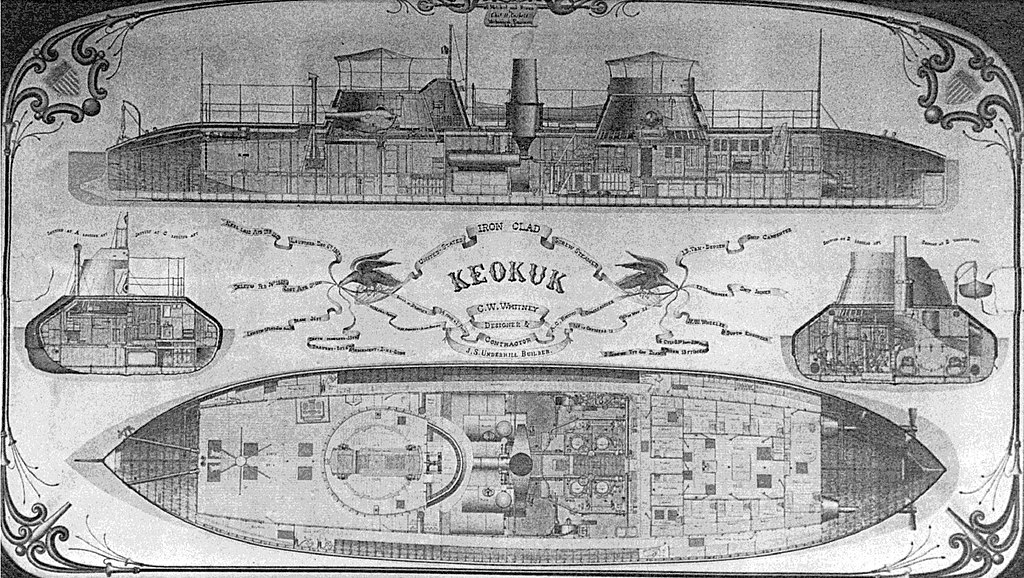 Sinking​
The new ironclad departed New York on March 11, 1863 and steamed south to join the South Atlantic Blockading Squadron for the attack on Charleston, SC. 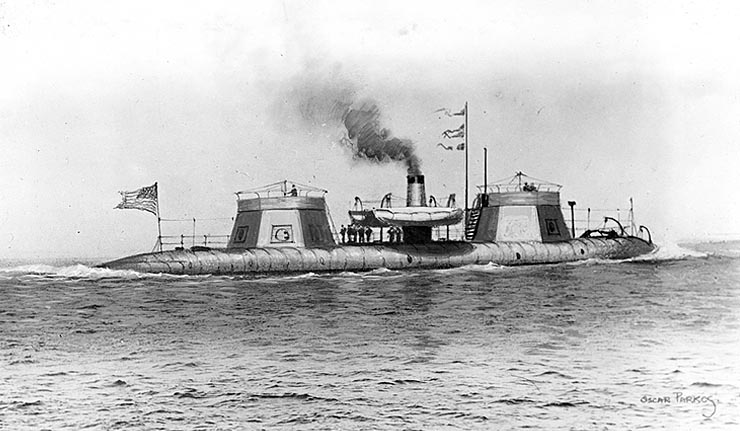 KD: Unfortunately, I was unable to find a single photograph of our USS Keokuk. Did they have any photography equipment to snap a photo or two, or fifty of this ship? I think they did. Yet, searching for photographs produced nothing. If you find anything, please share.
Oh, and who was this designer Charles W. Whitney, whose wife had to sponsor the launch for the United States Navy? Does any of this make sense?
Click to expand...

That is a pretty cool ship, or ships if there were two (Keokuk and Woodna) in terms of military innovation. During conflicts weapon systems and tactics tend to evolve very quickly, such as during WW1 where machine guns made infantry charges obsolete and then tanks did the same to machine guns.
Here we see not only the use of armor but the use of sloped armor as well as a reduction in size compared to the old conventional sailing ship. Sloped armor makes for a thicker cross section against a more-or-less horizontally flying projectile as well as a greater chance of deflecting it. The ship sitting low and being a smaller target had to help as well.
It looks like they used the same tactics with their ironclads as they did with the old wooden vessels which would have been firing broadsides and that may have been a mistake since the ironclads simply didn't have the firepower, as in the number of guns compared to a ship-of-the-line. Maybe they under estimated the sheer volume of return fire they would be facing. I wonder how the other ironclads fared.
The use of these vessels would then encourage guns to be developed that fired armor piercing projectiles and had greater accuracy.
Oh, well, back to the drawing board.
You must log in or register to reply here.
Similar articles