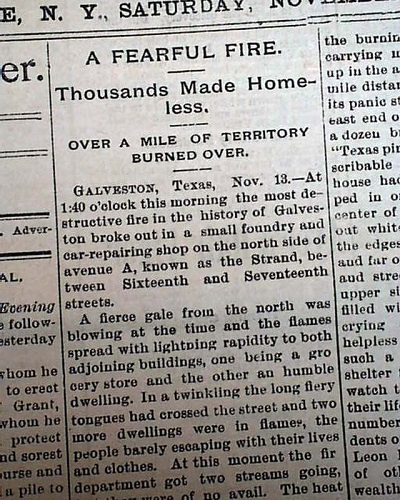 The Galveston fire of 1885, started on Friday, November 13 near the business district. ​
Trees survived again 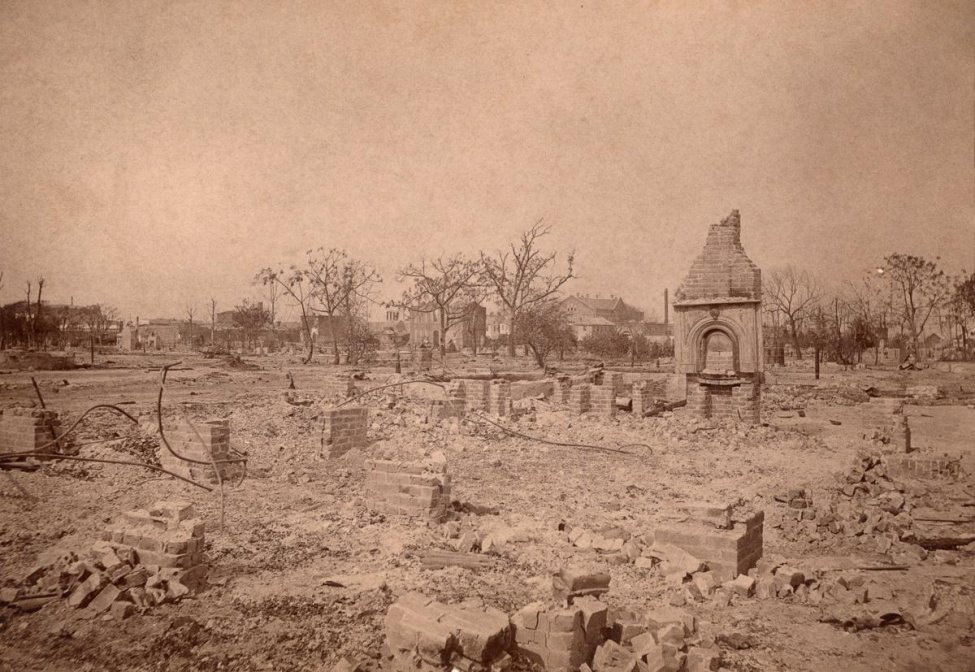 This is amazing how these "urban fires" match the same pattern. This 1885 Great Fire of Galveston, Texas is not an exception. The following few lines are the dead giveaway: 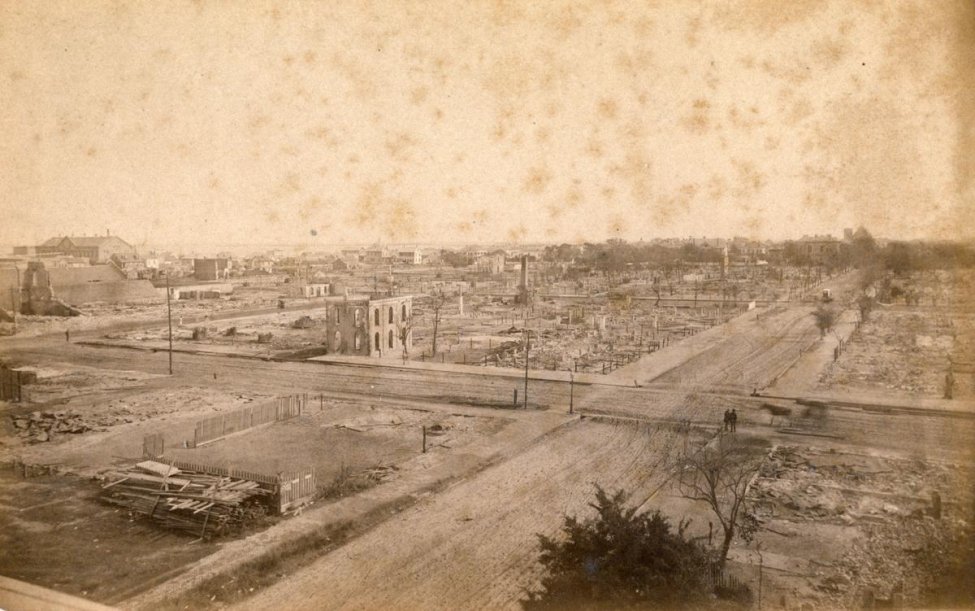 ​
About 1:45 o’clock yesterday morning the alarm bell gave the signal which foretold one of the most dire conflagrations which has ever devastated Galveston Island, sweeping as it did almost from bay to gulf across the island, destroying in its path some of the most elegant residences of Galveston, and reducing to ashes a portion of the city in territorial area about 100 acres, all thickly populated and embracing about forty squares, with nothing now to mark the place where stately residences once stood save a number of ghostly chimneys and an occasional bare wall where a brick building chanced to be in the wake of the devouring flames.
Interesting how these two chimneys below are not present in the photograph above. Wonder why... 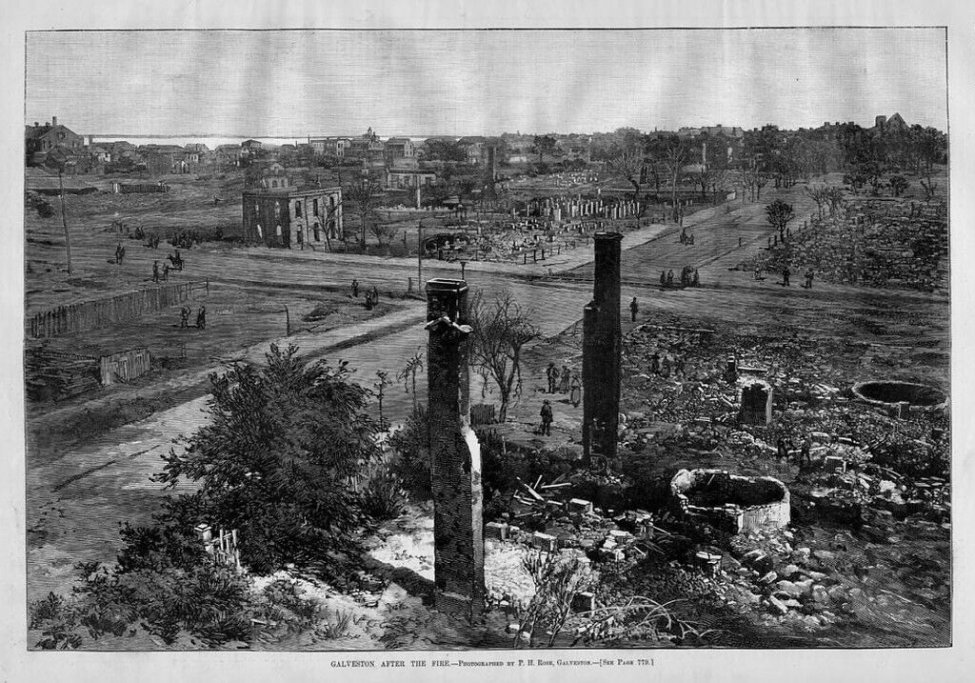 The Galveston Fire of 1885 Song​
They even had a song dedicated to the event. For additional info on the song follow this link to the Library of Congress source. 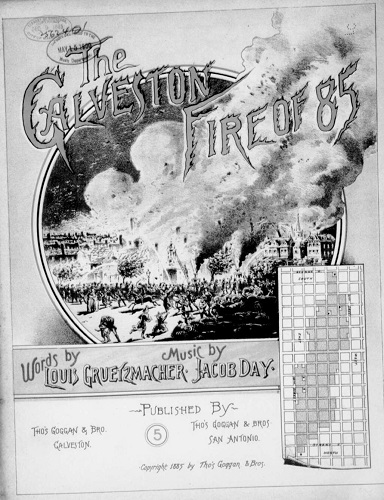 KD: We have a clear and obvious pattern following just about every single of these bogus fires. Please review this article here.
P.S. Checkout this Galveston Ursuline Academy building allegedly constructed in 1890 (after the fire). This Galveston was an interesting place back then. The below structure is just a single example of its architecture.