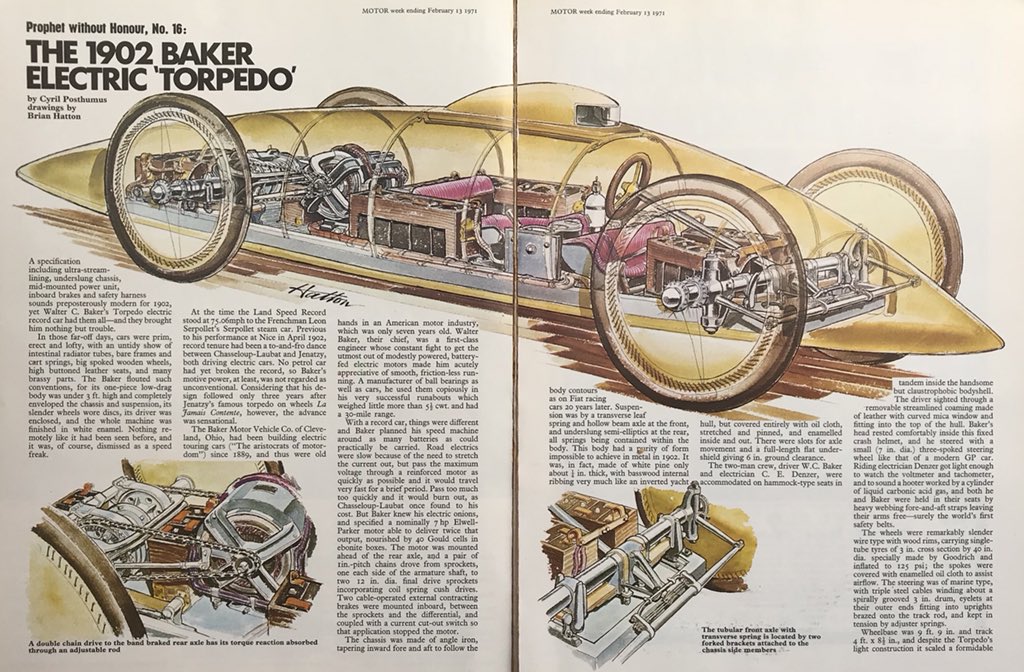 KD: Interesting stuff, isn't it? Founder Walter C. Baker's Torpedo land speed record racer was the first car to have seat belts. The guy does not even have his own Wikipedia page.
Just adding to the bunch... this here is a 1901 Riker's Electric Torpedo. Nice insides. 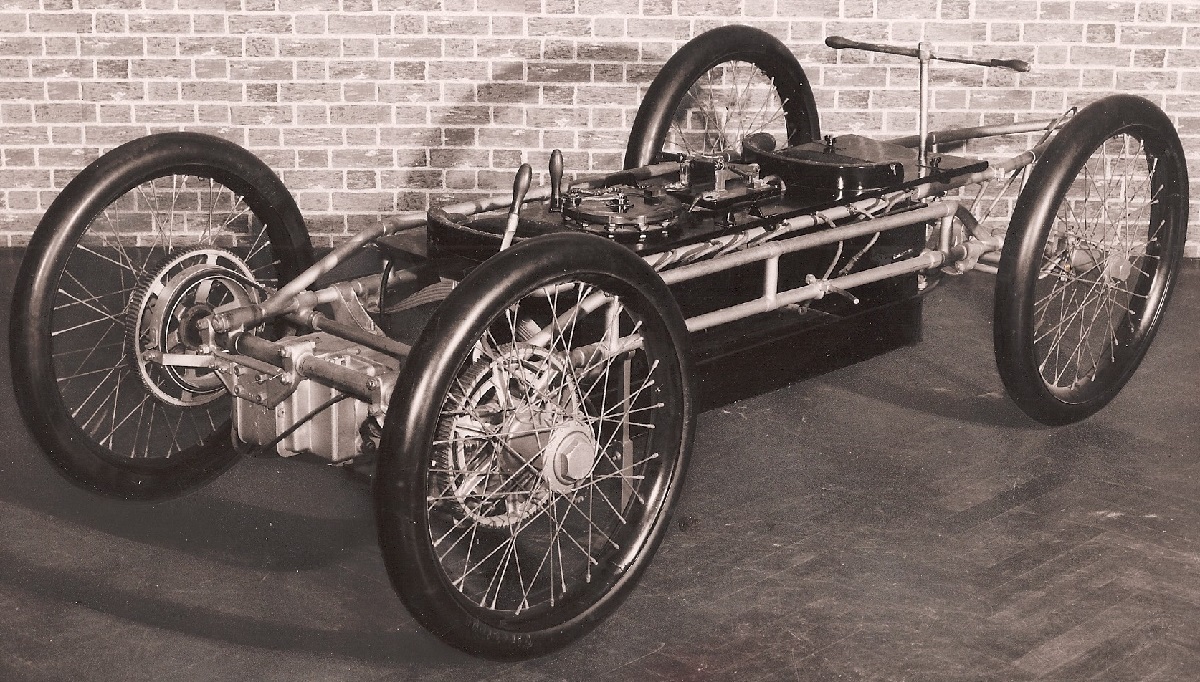