19th Century Lightships: What was their Light Source?

Lightships​
A lightvessel, or lightship, is a ship that acts as a lighthouse. They are used in waters that are too deep or otherwise unsuitable for lighthouse construction. Although some records exist of fire beacons being placed on ships in Roman times, the first modern lightvessel was off the Nore sandbank at the mouth of the River Thames in England, placed there by its inventor Robert Hamblin in 1734. The type has become largely obsolete; lighthouses replaced some stations as the construction techniques for lighthouses advanced, while large, automated buoys replaced others.
The first true American lightship was placed off the coast of New Jersey to mark the entrance to New York Bay. The wooden hull ship cost $17,700 to build and was 90 feet long. Placed off Sandy Hook, it was known as the Sandy Hook Lightship and was in service between 1823 and 1829. From 1829 thru 1839 there was no lightship to mark this entrance. Prior to the Sandy Hook Lightship's replacement by a Texas tower, eight lightships marked this spot. At the turn of the 20th Century, a deeper and wider channel into New York Harbor was being dredged. The name of the Sandy Hook Lightship was changed to the Ambrose Channel Lightship with the opening of the new channel in 1908.
There obviously were other locations and companies providing lightvessel services. Below is a small compilation of various type images pertaining to lightships. 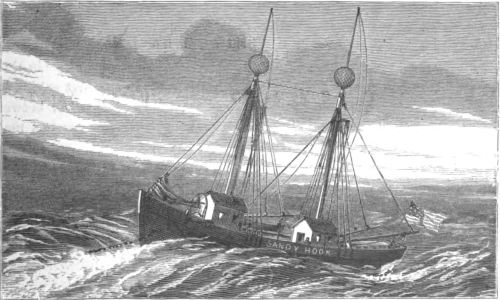 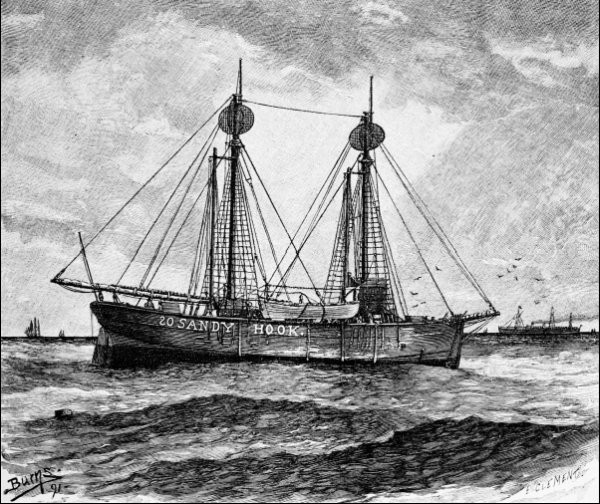 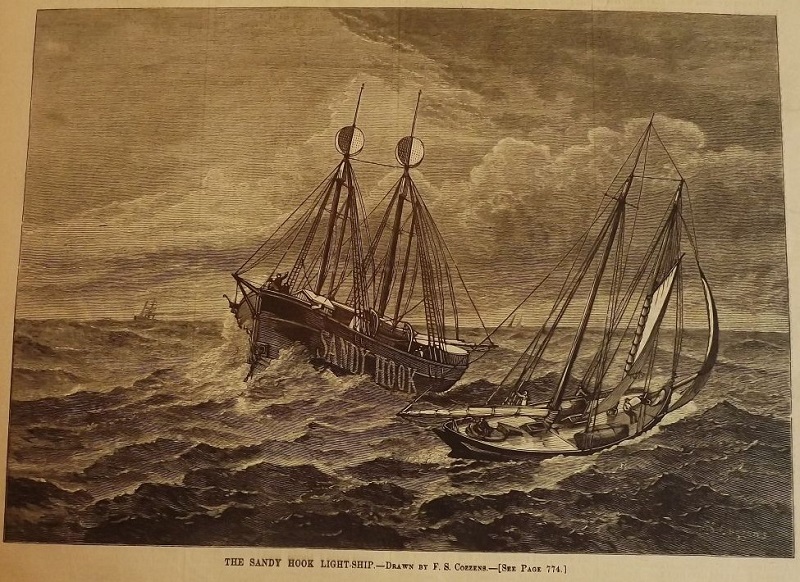 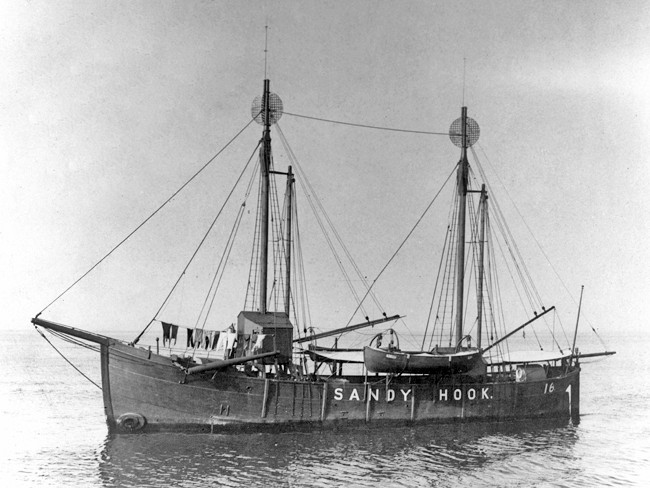 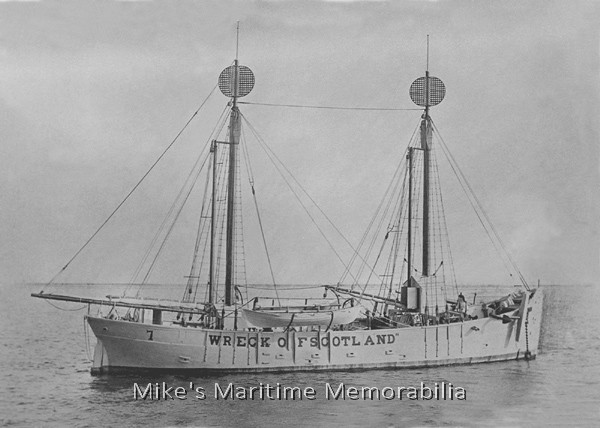 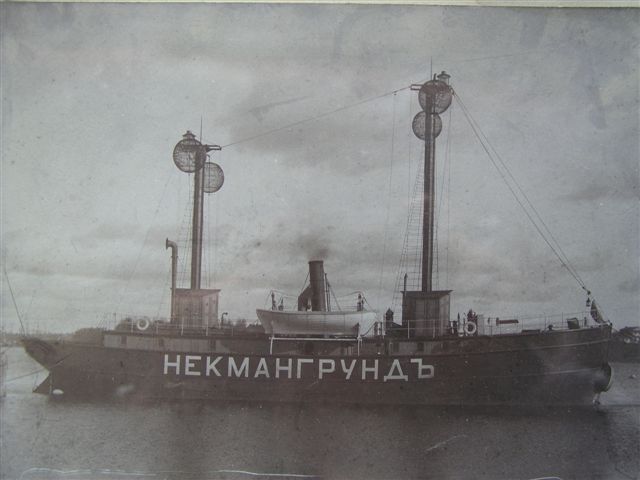 1898 - Source
​
KD Note: Globe looking spheres on the ships below, look very similar to the ones on this 1709 Jesuit Flying Ship. 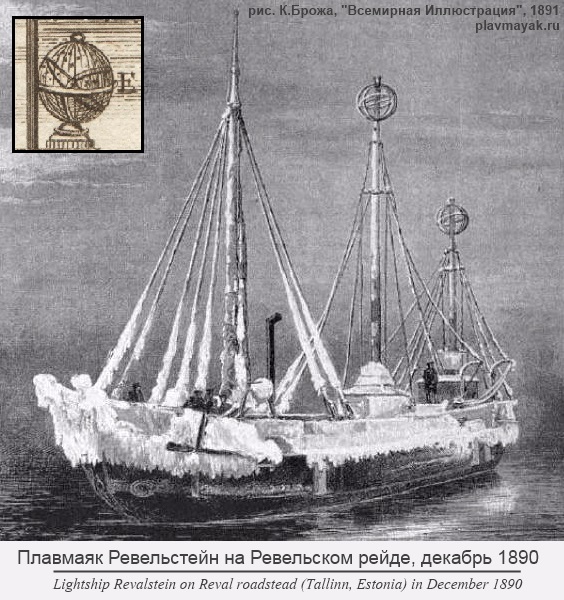 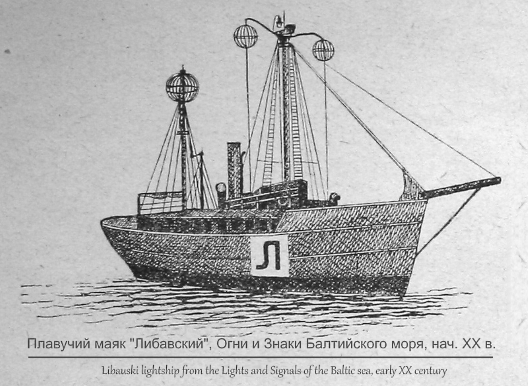 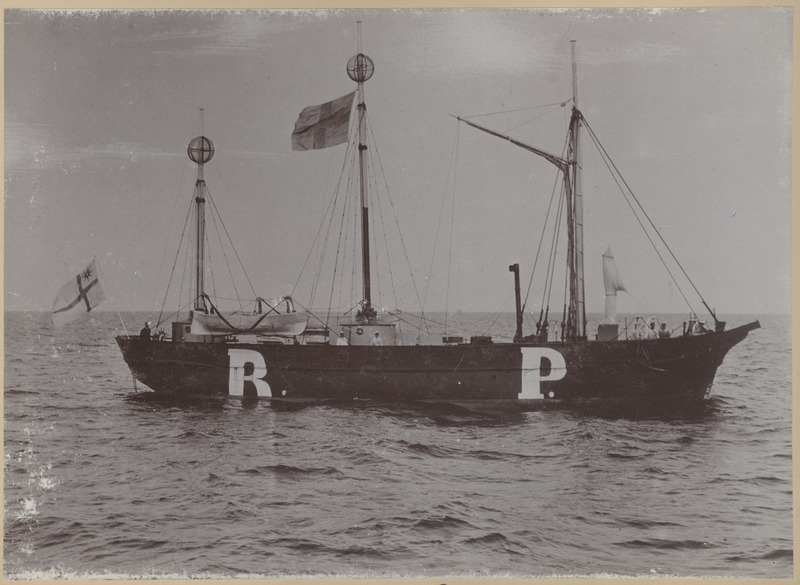 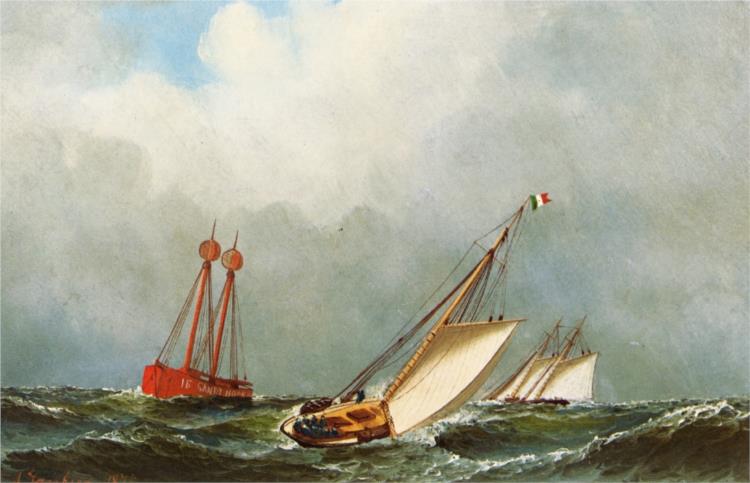 KD: I have one questions pertaining to the above ships.

Not sure if this is legit, but they’re saying this is powered by compressed mercury, seemed apropos! TR-3B Anti-Gravity Spacecrafts

KorbenDallas said:
If atmospheric conditions changed, these balls could have become obsolete.
Click to expand...

Lots here and I'm not done reading it all, but I can't miss an opportunity to add more potentialities to the speculation. I would also suggest that perhaps the material the balls are made of could only "maintain a charge" for a finite amount of time.

It also seems possible that some of the accounts and depiction are from a later time where knowledge of the original use (and material) for these balls was lost, but they were ornamentally put on because "that's just how you build a ship!"

jd755 said:
I'm coming to the idea that we are actually looking at very different types of ball
Click to expand...

Agreed completely. Also though, it doesn't seem so ridiculous to me that some of these balls could have once (also?) generated light and in degraded state still be viable for radio transmission.

Daymarks were particularly important form early years until the 1920’s, permitting the lightship to stand out in a crowd, and to be set apart from other vessels or terrain features in the vicinity. Most of the lightship daymarks were ball shaped – large metal hoops, and circular or oval lattice structures to reduce wind resistance. These were mounted near one or both of the mastheads, and were painted a distinctive color.
Click to expand...

That's a good example of how the balls, if once able to light up basically unassisted, could become ornamental. Are daymarks added to differentiate or is it because of daymarks that the ships are able to be identified?

It does appear that they are some kind of aquatic caution sign, in our timeline at least.

Appreciation to the posters in the thread who submitted some examples of ways to utilize the conditions present to generate power of some kind.

To circle back around the idea that maybe "atmospheric" changes rendered this tech inoperable, I alternatively suggest that maybe we don't have easy access to the materials used. Perhaps elements that are rare or deemed dangerous now are the missing piece which largely prevents modern recreation.

The rare earth elements are all metals, and the group is often referred to as the "rare earth metals." These metals have many similar properties, and that often causes them to be found together in geologic deposits.
Click to expand...

That's interesting, right? They're rare, but they're grouped together?

Rare earth metals and alloys that contain them are used in many devices that people use every day such as computer memory, DVDs, rechargeable batteries, cell phones, catalytic converters, magnets, fluorescent lighting and much more.
Click to expand...

So if you annihilated New York City, I bet future miners would find all sorts of rare earth metals grouped together... consider what that could mean for our current extractions. 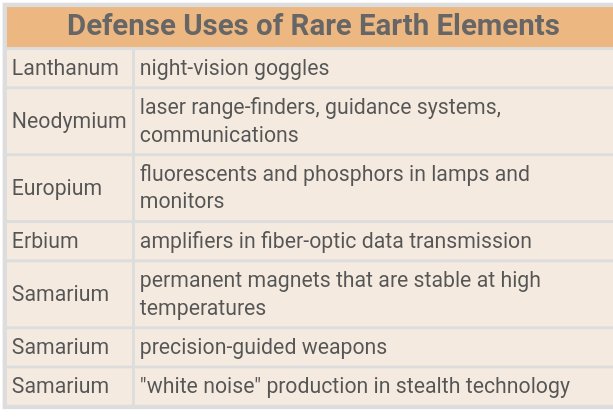 Finally, should add this last part, in case anyone wants to point out that these elements aren't "rare" per se:

Rare earth elements are not as "rare" as their name implies. Thulium and lutetium are the two least abundant rare earth elements - but they each have an average crustal abundance that is nearly 200 times greater than the crustal abundance of gold. However, these metals are very difficult to mine because it is unusual to find them in concentrations high enough for economical extraction.
Click to expand...

So they may be relatively plentiful, but it is certainly beyond the average human being with the technology currently available to them to extract them, so obtaining such metals would be solely at the mercy of the market effectively making them "rare" in the most practical sense.

More at the link, as I feel I've probably strayed from the original topic:

Sorry to rain on the etheric energy power idea again but perusing something completely unrelated this site came up and I for one find nothing in the tech on display that doesn't seem kosher though the dating well there is no way to know, as always.

Lighthouse Lamps Through Time by Thomas Tag​
The ingenuity of man is truly amazing and this can easily be seen in the odd collection of techniques used for the illumination of lighthouses across the centuries. Lighthouse illumination began with simple wood fires and progressed through generations of other methods. Even the oil lamp began in simplicity and evolved into a machine with multiple wicks, clockwork oil pumps, specialized chimneys, hydraulic, pneumatic, and other variants. This story will take you through the history of illumination methods in lighthouses.
Click to expand...

Light ships lights do get a mention..

By the 1760s, a form of Spider Lamp known as the Pan Lamp replaced the other early oil lamps in some lighthouses. The Sandy Hook light, in New Jersey, built in 1764, is reported to have used two Pan Lamps with a total of 48 oil blazes, hung from the lantern room ceiling by chains. Pan Lamps came in several forms. There were circular and rectangular pans, and a donut shaped Pan Lamp was used in the early lightships. Pan Lamps with a circular form were also known as Compass Lamps.


The Pan Lamp solved the problem of a limited oil supply and could operate for twelve or more hours on one fill of oil. The Pan Lamp had multiple rope wicks. The number of wicks varied from two too as many as twenty-four, with eight to ten wicks being very common. The Pan Lamp produced more light than the other early oil lamps because individual large diameter wicks were placed nearly side by side across the surface of the metal pan, and the flames could all be seen at the same time. Its main drawbacks were its relatively low light output, its massive consumption of oil, and the smoke and fumes produced within the lantern room, which at times became almost intolerable.
Compass Pan Lamps were the only style of lamp in use on American lightships until the mid 1850s.
Click to expand...

jd755 said:
I for one find nothing in the tech on display that doesn't seem kosher
Click to expand...

I think I'm losing the plot here a bit.

First of all, now I'm not even clear now on whether the balls themselves were supposed to contain the oil lamps or whether that was generally done in another area on the mast. If the balls were the containers for a mundane light source, what was the purpose of the design? You'd want the container to either amplify the light and/or protect it from the weather/sea and I don't see how they would do either (discounting "etheric amplification" or whatever you'd like to call it).

If the balls were actually just radio antennas in the post-1880 images, then it is fairly interesting that similar ornamentation would have been used for ship/buoy demarcation in the past. Again, it's unless it's just "ships/buoys have balls on 'em, so using a spherical design for a radio receiver would be unobtrusive", the whole thing just seems rather odd.
J

I originally felt the ball shaped things were radio aerials however subsequent research show the actual aerial is the wire strung between the masts. Then after further digging the balls made more sense as a visual marker as they are unique to light ships so anyone sighting the balls during daytime would recognise they are on a lightship so there is some obstruction in or under the water that has to be avoided hence the name day marker.
If the balls were not wire cages the radio antenna theory would clearly not be considered. They were made in the shape they are as there is next to no wind resistance from it.

Of course this is my interpretation based on the available online evidence which I have linked to throughout this thread and my experience of observing the various day markers about a mile or three from where I live. Once I discovered through this research that is what I have been looking at for years, how embarrassing!

Now a bit of speculation here but if there was a method of extracting electricity from the air around us that could stand the often violent weather at sea then presuming the light bulb, being the weakest link, were encased in a light fitting of some sort, presumably also glass, they could depending on the filament material be on day and night with no need for a crew to be present onboard.
As it is all of the devices shown in the article require constant adjustments which means onboard crew. This is mirrored in lighthouses as they too had to have crew present throughout the same period.

Was looking for 2 columns of Alexander the Great located at the same spot, and ran into this 1867 text. 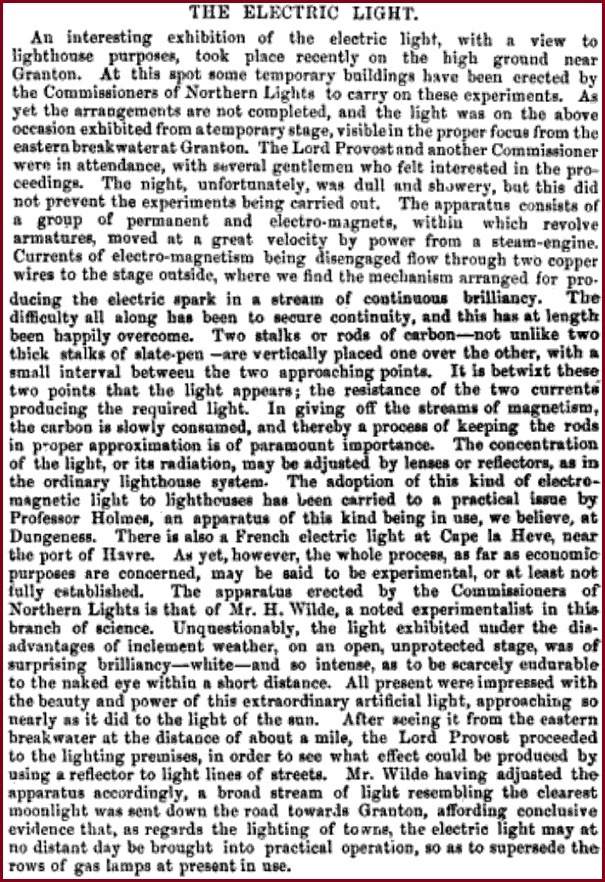