Ancient God Sucellus and his devices

I have never heard of this God before. To be honest, I doubt that the below statue has anything to do with Gods. Anyways, the name is Sucellus. He was a deity depicted as carrying a large mallet (also described as a hammer) and a ceramic jar. Sucellus was a major Gaulish God associated with the underworld. 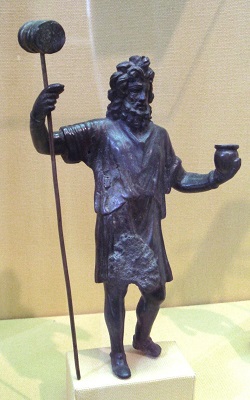 ​
My question will pertain to a different statue of Sucellus. The one below, where he has that weird contraption behind his back. Here is the official description of the below statue: 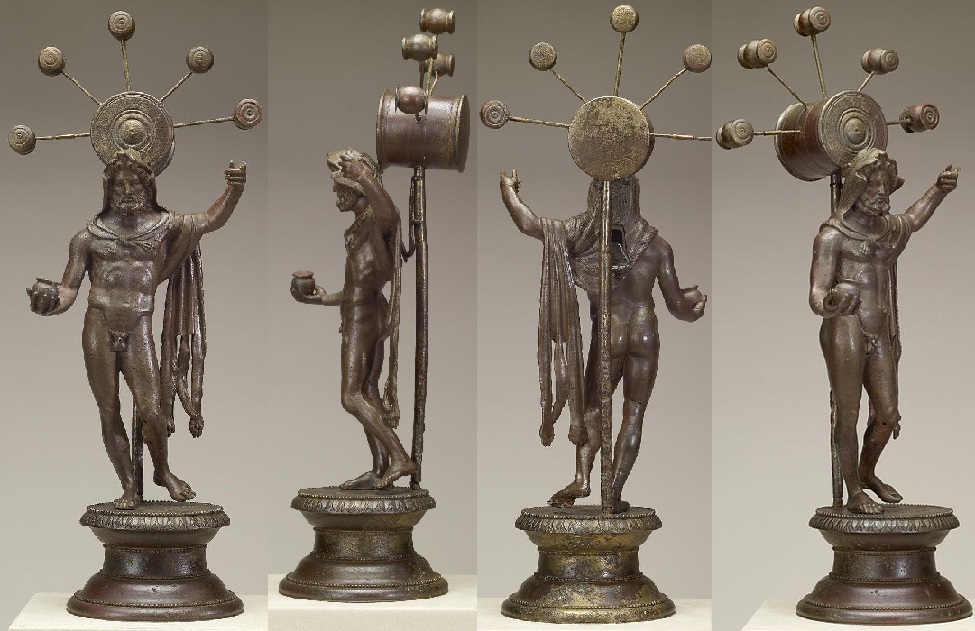 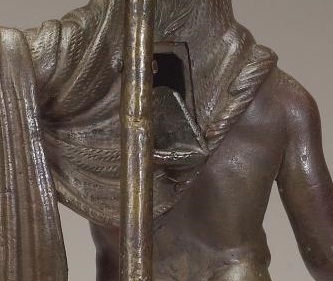 KD: Sure enough, once again, the thing was located in the 19th century. But this is not the point of the post this time. What is that weird device behind the guys back. The narrative is as ridiculous as it gets:
Judging by some other images of the same Dude Sucellus, his mallet was either lost, stolen, or removed on purpose. The mallet was, most likely, in his left hand.

The thing behind his back is no "oversized mallet with five smaller mallets radiating from it." Instead of simply saying that they did not know what it was, our historians choose to feed us some BS.

Anyways, what do you think the weird thing behind Sucellus's back is? Could it be something tech related?
Click to expand...