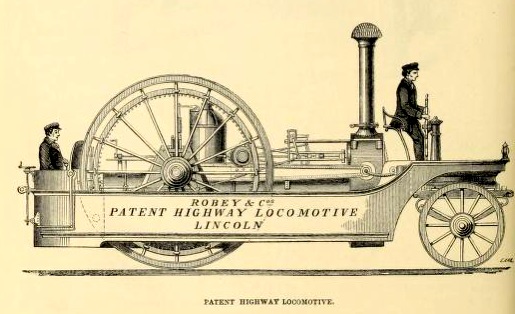 Source
​
I was thinking along the lines of what kind of highways they could have in 1862. Sure enough we could call some horse carriage trail a highway, but I figured I'd look for things. It is important to understand that we are not talking about railroad trains here. We are talking about regular road transportation.

We are being spoonfed this "horse and oxen" narrative, where only the beginning of the 20th century was the turning point when people went from horses to machines.

One of the things which forced me to invest some time into this was The UK Locomotives on Highways Act of 1861 (+1). What kind of issues did they really have back then to be creating highway laws to regulate steam transportation. Sure 3 or 5 experimental machines could not prompt this.

​
In reality, we could probably push the date to approximately 1835, for this is what we can deduce out of this 1860 pub. 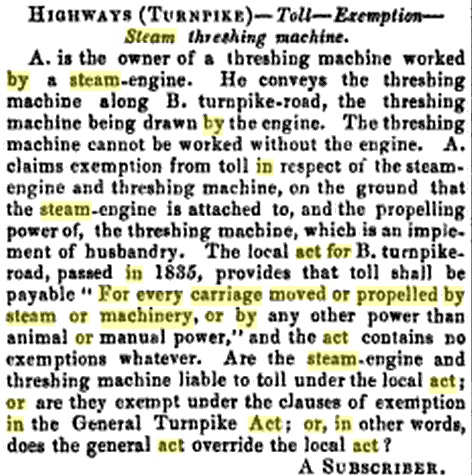 ​
The 1834 Act stated:
KD opinion: looks like by 1860s there could have been a well developed network of highways throughout this world. What we can uncover is up to us, but here is something for starters. 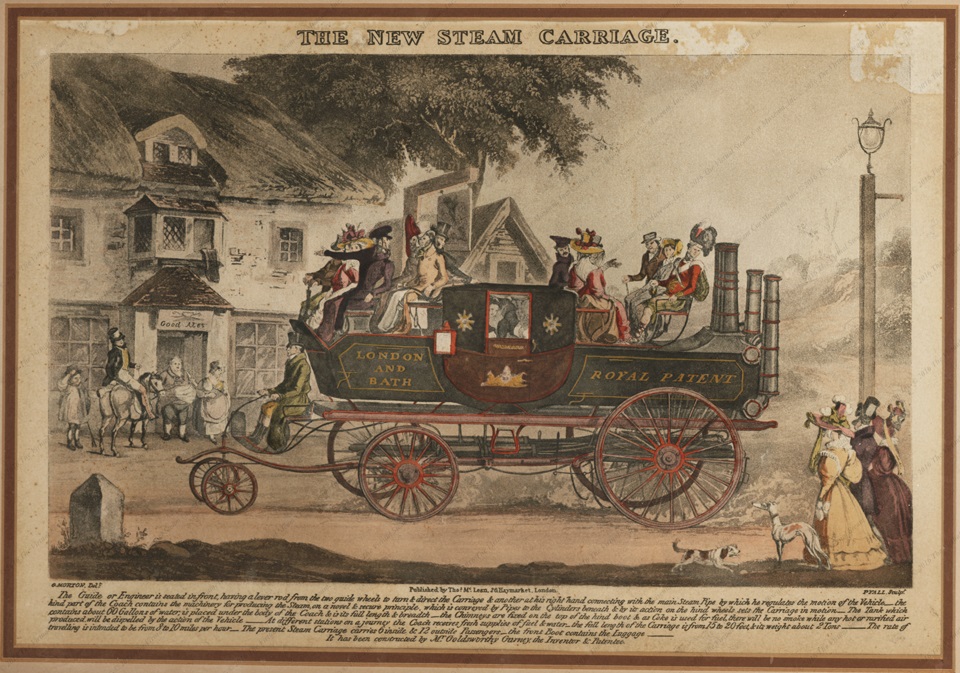 Source
​
They even depicted this steam car next to the destroyed London Colosseum. This Colosseum deserves a separate article, and now it has one. 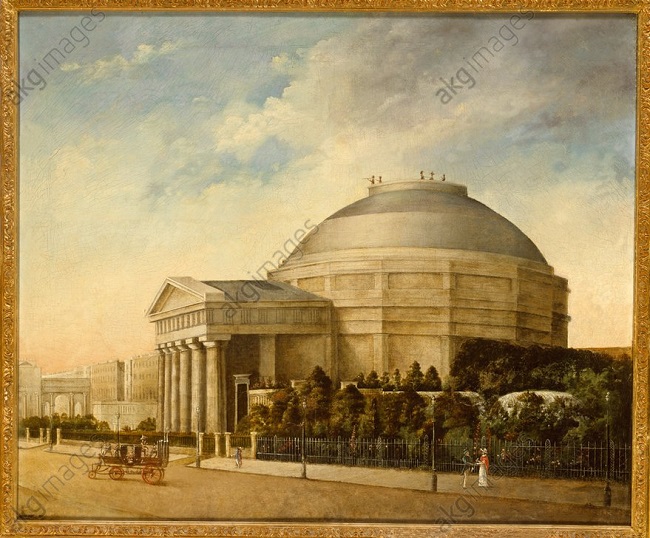 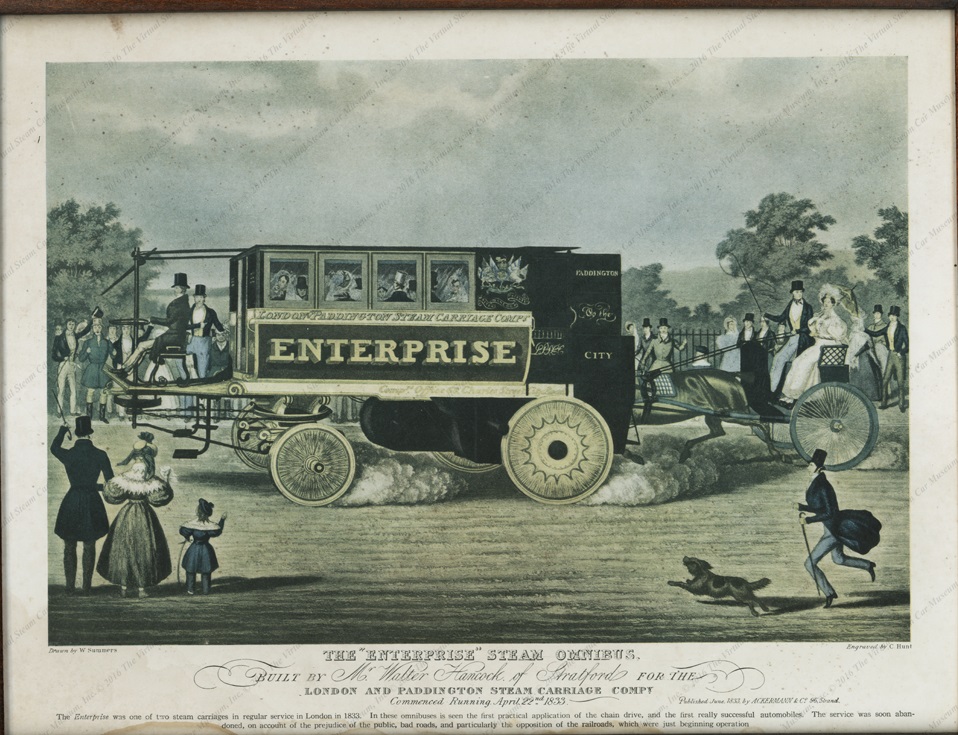 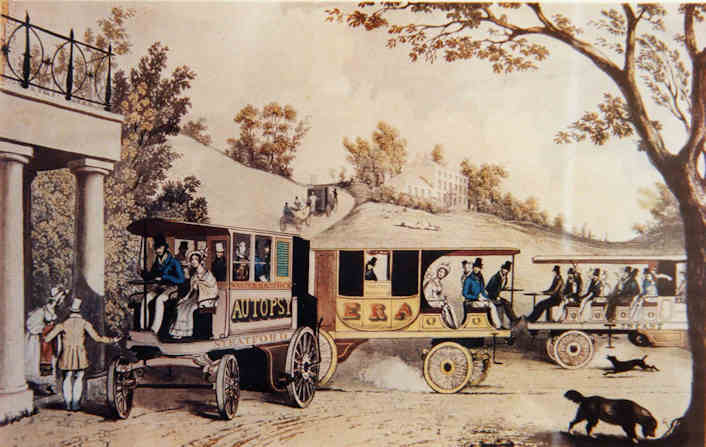 ​
Pretty sure you will appreciate the description for the below image, for it contains the wisdom of the ignorant. 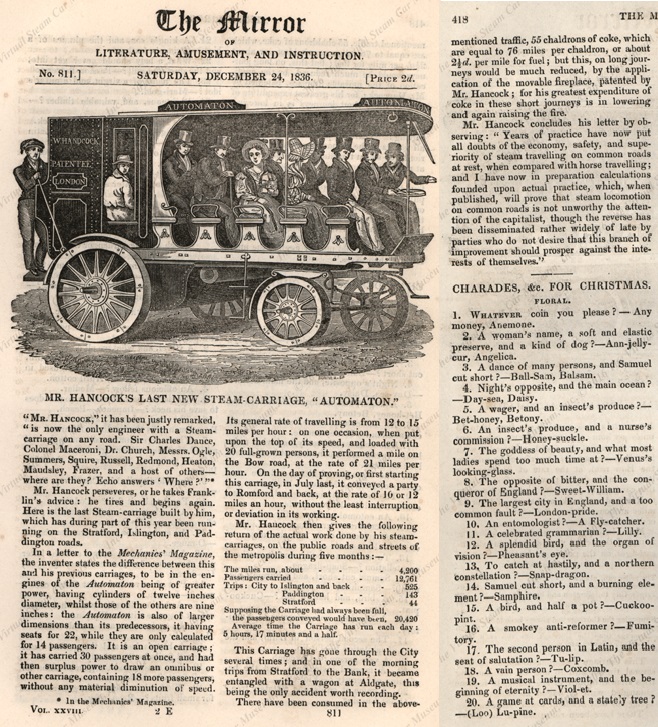 1833​
Print showing the steam carriage designed and built by Dr Church of Birmingham in 1832/33. The carriage operated on a daily basis between Birmingham and London, at an average speed of 14 miles per hour. It had an unusual design, with three solid wheels, and could carry 44 passengers, 22 inside the carriage and 22 outside. 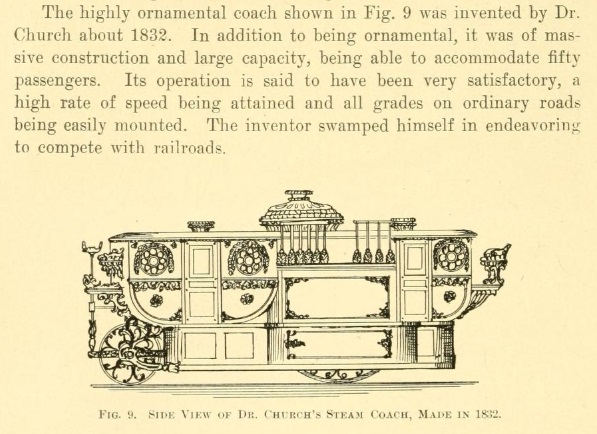 Source​
The three-wheeled steam coach from Dr. William Church was used in regular passenger service between London and Brighton. 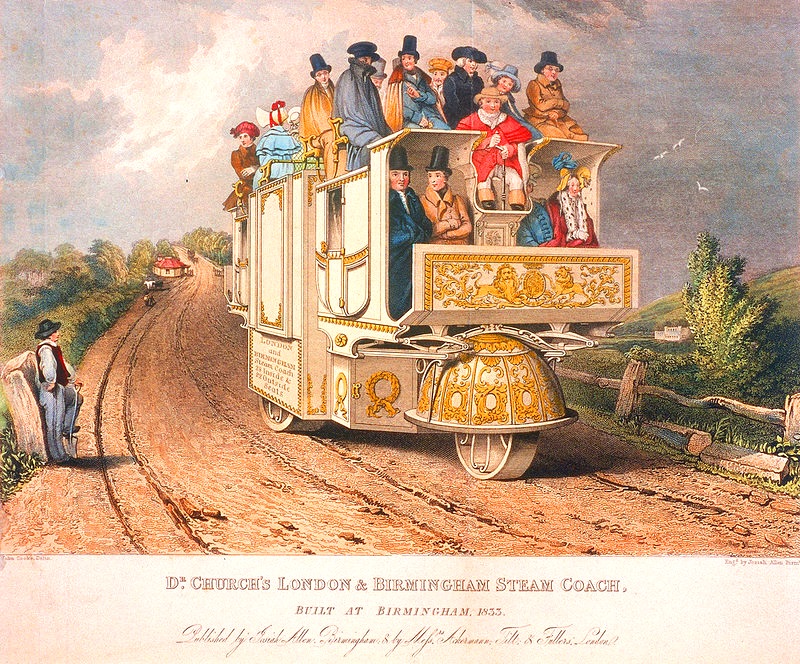 Additional Info
​
Apparently there are, and were back then some doubters of this specific machine, but what else is new?

Well, these machines are just a few, and there are tons more. I should probably say there were tons more. From this perspective our 1862 "Highway Locomotive" is not surprising, for they had stuff like this as early (from what we can see) as 1820-1830. Pretty sure, most of that tech we will never see.

As a matter of fact in 1831 them people were having fun with their steam engine problem. Of course, the endresult the narrative will use is this: 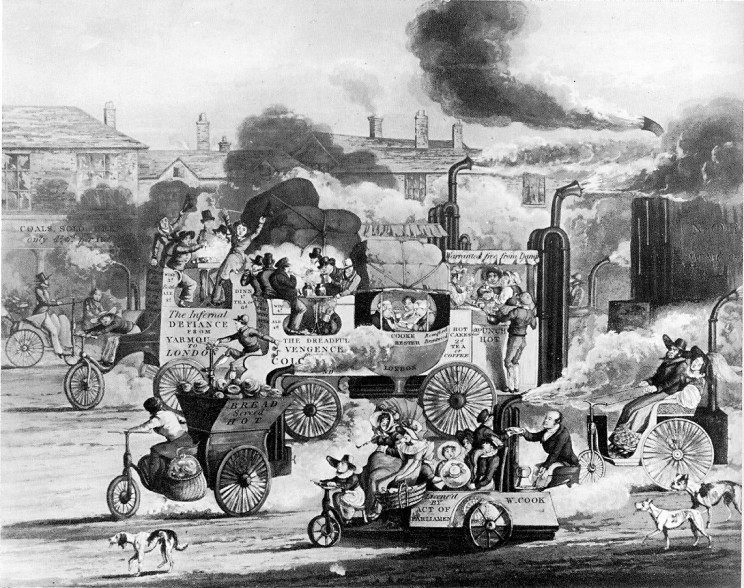 Source
​
The Progress of Steam. A View in Regent's Park, 1831', 1828. Steam-powered coaches, horses, tricycles, including one with body like a teapot, are speeding along or blowing up and causing traffic chaos in Regent's Park, London. Aquatint after Henry Alken (1774-1851). 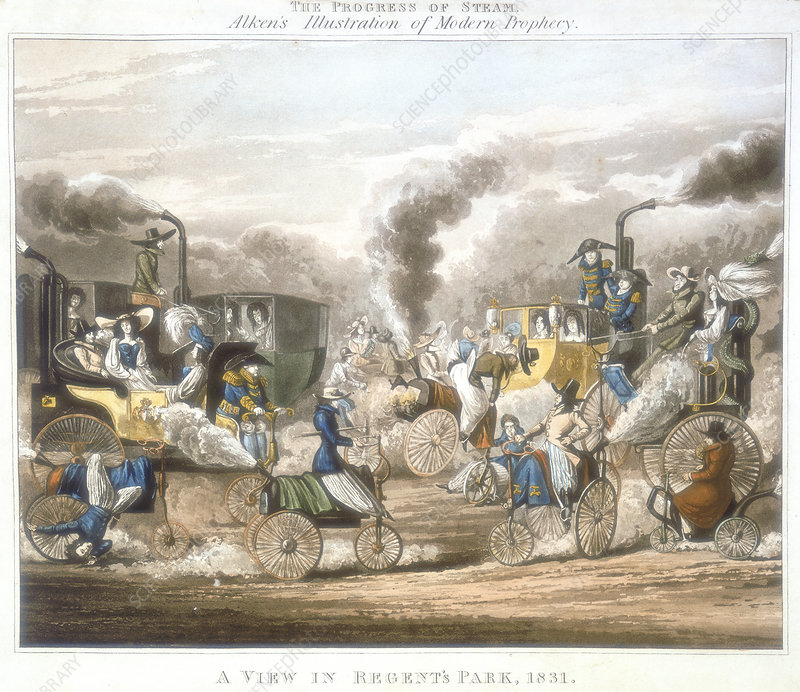 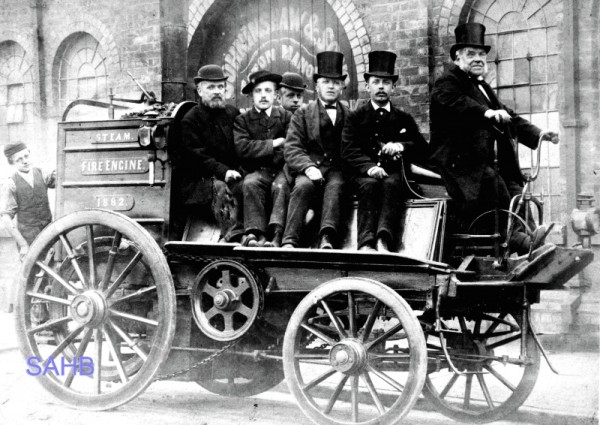 Then we get into 1900s. This is an original 1900 black and white halftone print of a drawing by George A. Williams of an early automobile outing. 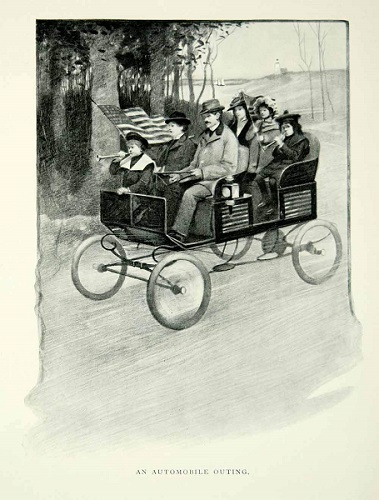 HIGHWAYS and ROADS​
I did not spend much time looking for any "highways". Primarily because I think we can see plenty of those in the photographs published on this blog. I agree, that for the most part we only see these high quality roads in the cities, but how many photographs of the pertaining stuff do we really have? Is it possible that there were roads like this connecting 18th century cities? They clearly had the tech to build them. Of course they "only" had horse carriages to use on those roads in 1888, but hey, that's how the narrative goes. 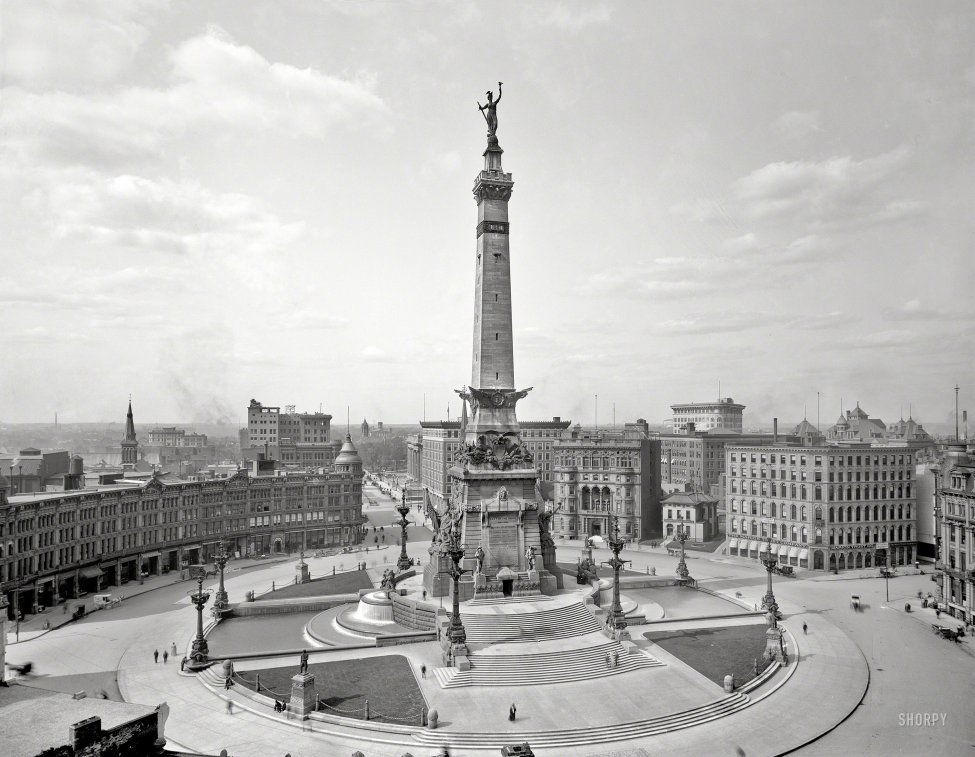 By the way, wanna read some "Science Fiction" from 1893? Are we sure it's sci-fi though? 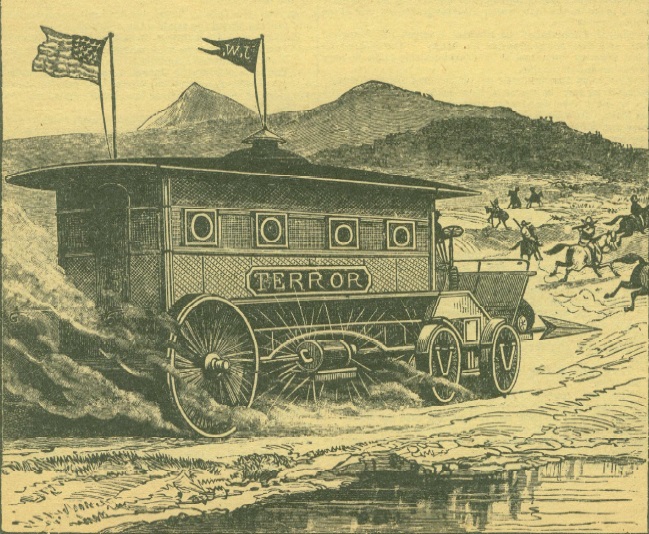 KD: You have some of my thoughts above. Personally, I find it interesting how this amazing so-called "innovation" was popular between 1820, and 1840, after which it was driven out of business by trains, and... opposition from operators of horse-drawn coaches. We are witnessing one of those weird instances, when a technology advancement lost out to an inferior mode of transportation.
Do you have an opinion on these 1820s-30s buses and Co?
Click to expand...