Patagonian Giants. What was their fate? 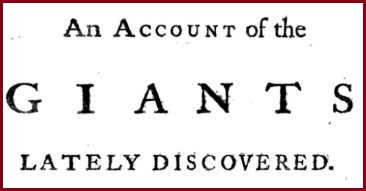 Wanted to share some of the contents of a 30 page book pertaining to the Patagonian Giants. The book was written in 1766 by a certain S.T. Essentially this is a 30 page letter written by an unknown person to an unknown friend. 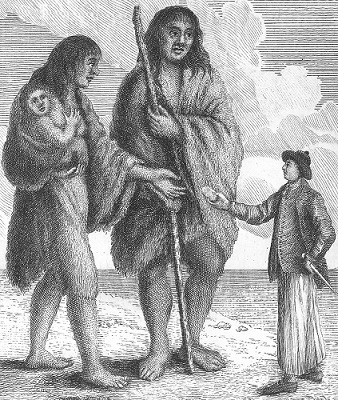 ​
The book is pretty short, so I'm not going to paraphrase a short story you can read yourself. The questionable existence of the Patagonian Giants in the past is well known. The reason I'm sharing this publication is not the actual Giants, but their possible future at the time. If the author's views and opinions were shared by the 18th century TPTB, the Giants were doomed. 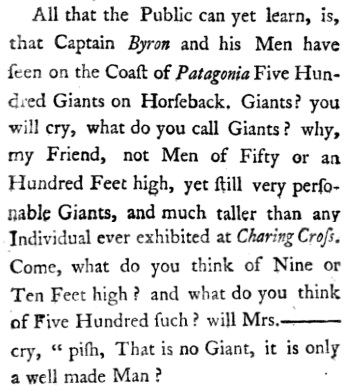 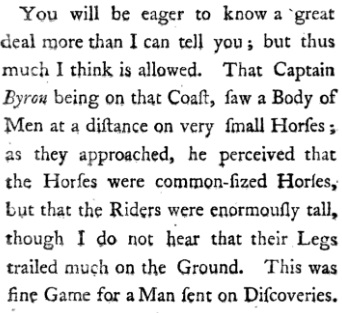 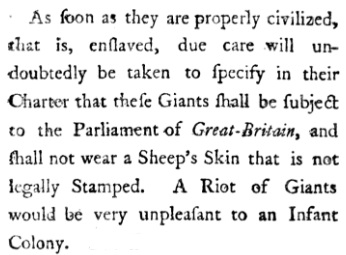 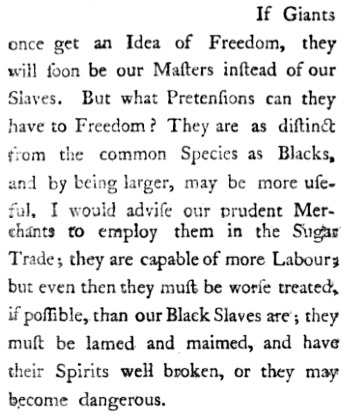 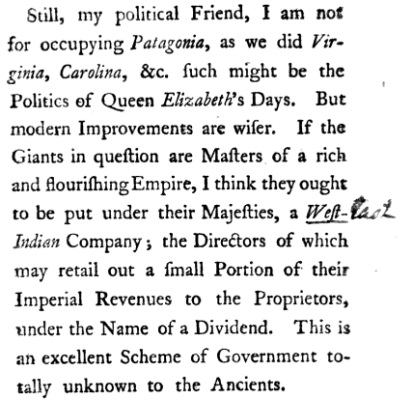 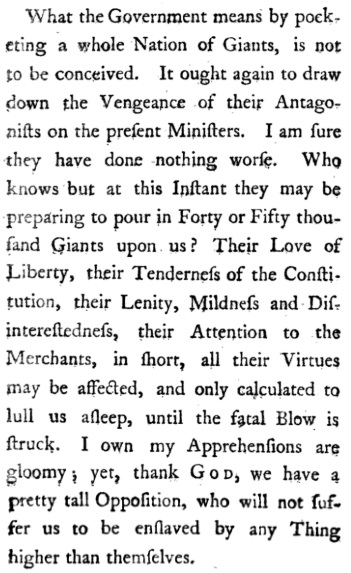 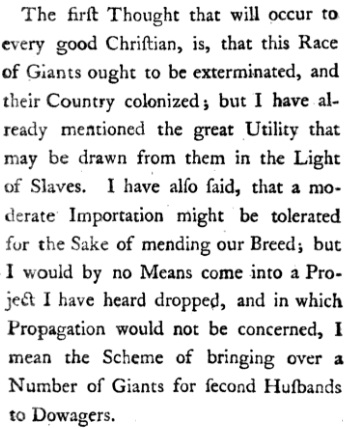 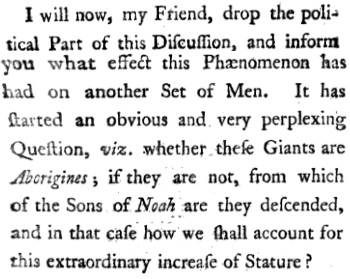 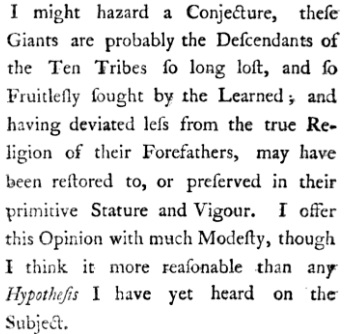 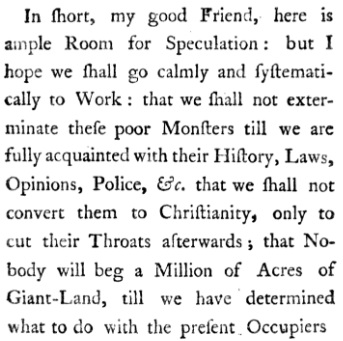 KD: Well, those were personal views and opinions of a person who projects an appearance of a government official. Could it be that we ended up annihilating the entire nation of the Patagonian Giants?
Related: