What happened to Fort York in Manitoba, Canada?

Some things are just straight up interesting. Let's start with the so-called Port Nelson in Manitoba, Canada. Its peak population in the early 20th century was about 1,000 people but today it is a ghost town.

Map
​
Port Nelson is on Hudson Bay at the mouth of the Nelson River.

​
Port Nelson was named by Thomas Button who wintered there in 1612.

Thomas Button​
Sir Thomas Button was a Welsh officer of the Royal Navy, notable as an explorer who in 1612–1613 commanded an expedition that unsuccessfully attempted to locate explorer Henry Hudson and to navigate the Northwest Passage.

Source
​
It appears that this is only a portion of a bigger painting. I could not find the entire thing. What do you think he has in his right hand?


The Area​
The entire area appears to have been obliterated by an event of tremendous magnitude: Circular lakes: evidence of the War of Gods? 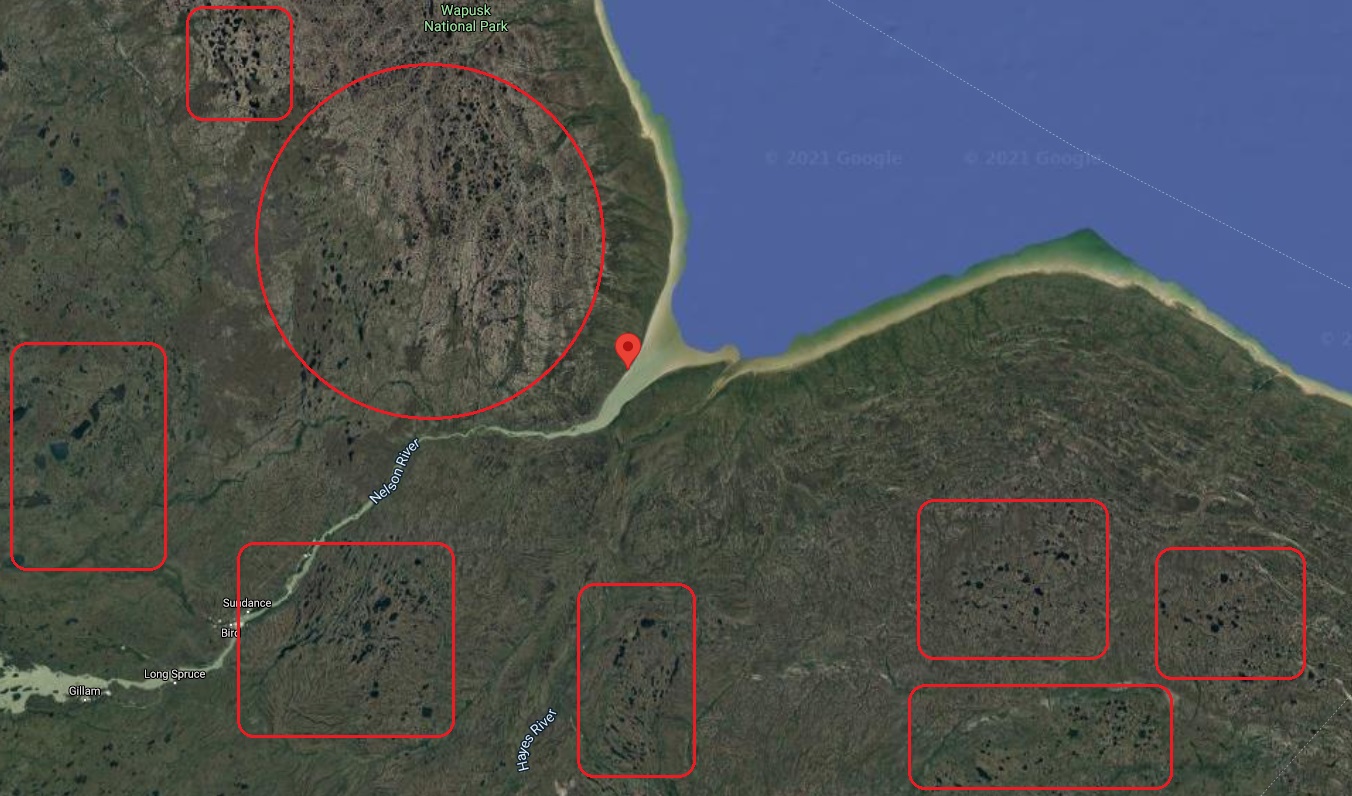 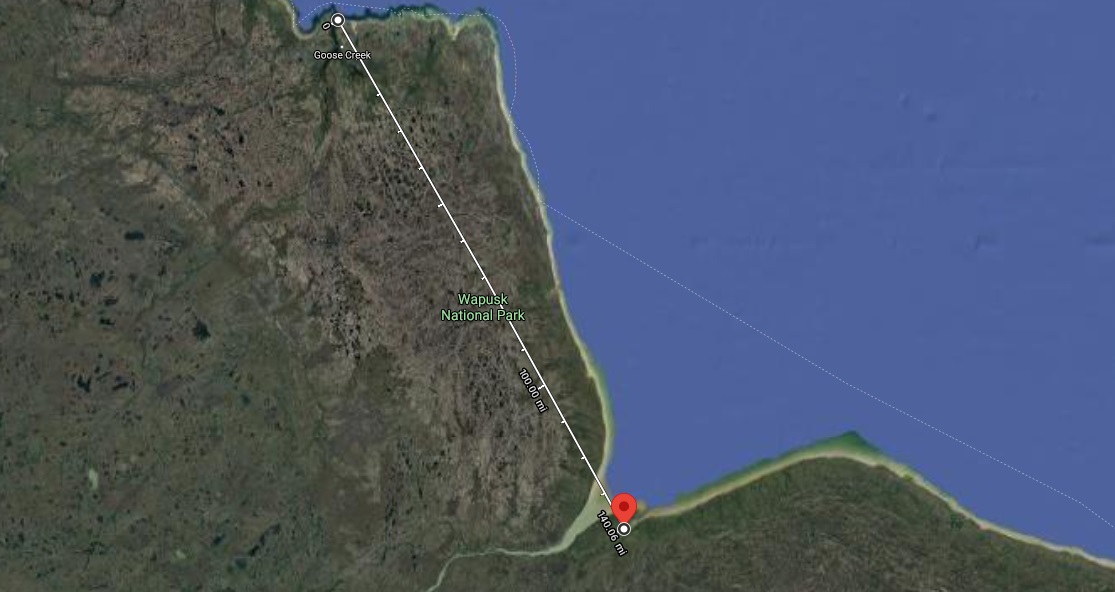 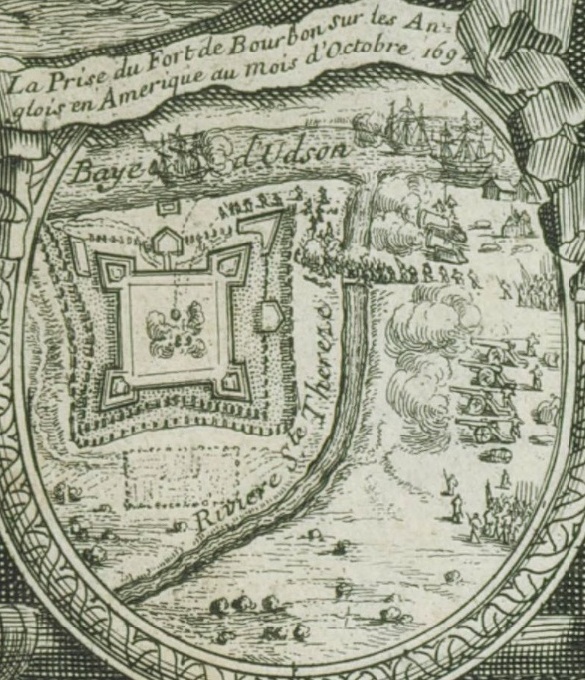 Source​
Let's take a look at this 1714 map by Pierre van der Aa. It appears that things are more or less matching between the above 1694 depiction, and the below 1714 map. 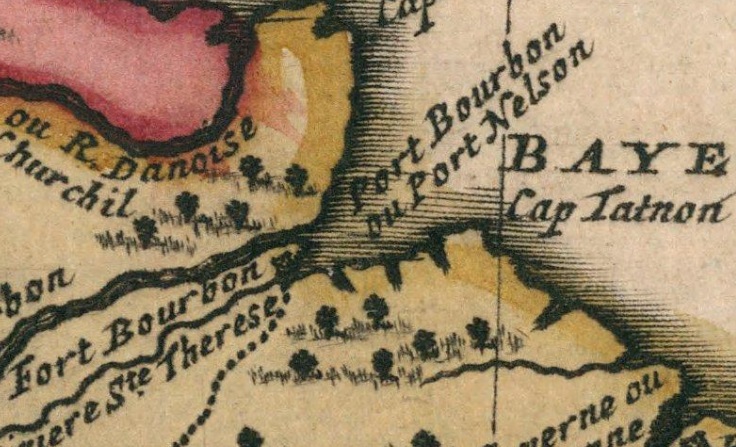 It is my understanding that:

Let's Zoom In​
It does not take a genius to notice a footprint of the former star fort. As you can see it was approximately 880 feet across. For comparison, RMS Titanic was 883 feet long. In meters we have approximately 265-270 meters.

Forgive my lack of skills, but I am picturing this Fort York-Bourbon being situated in a manner similar to my depiction below. 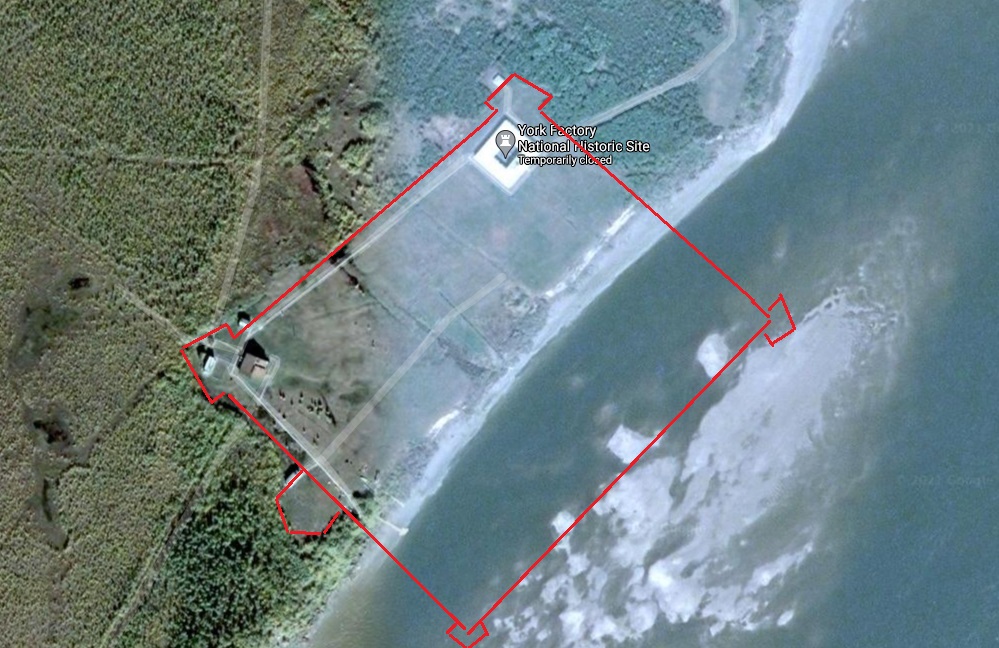 In 1853 this York Factory looked like this, they say. 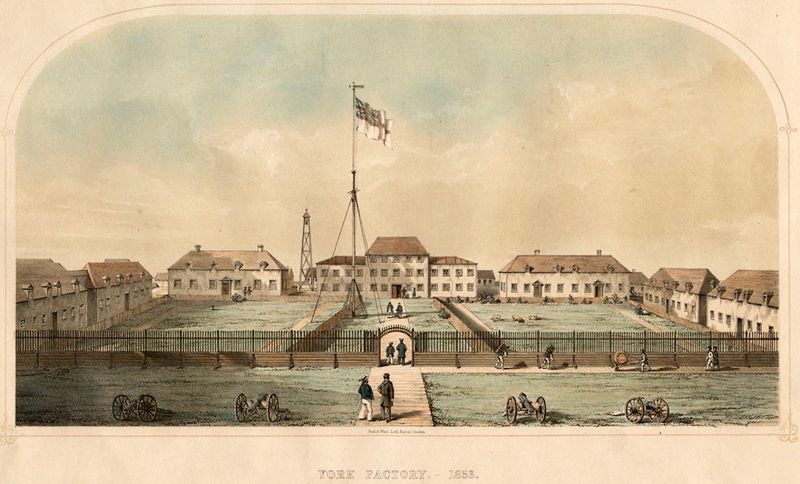 Source
​
This is the area today. 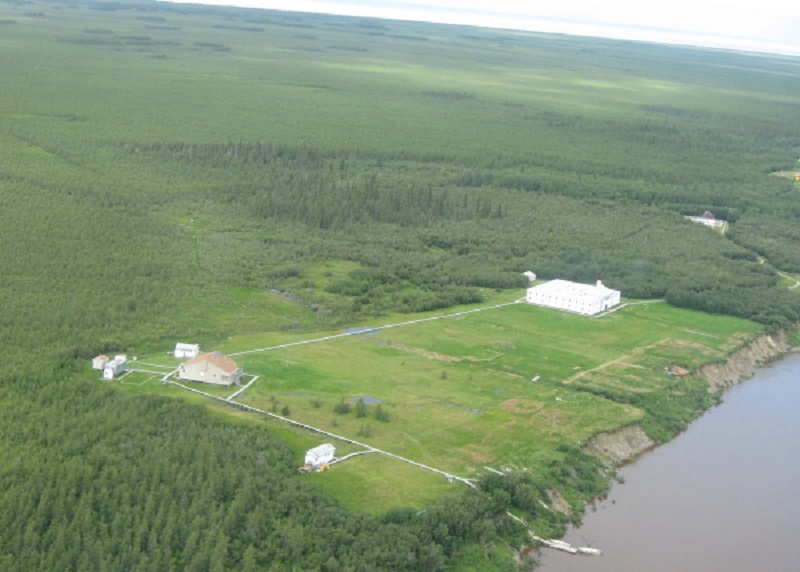 Fort York vs Prince of Wales Fort ​
We are told that "between 1788 and 1795, the company constructed an octagonal star fort of stone and brick at York Factory. The choice of material was poor, however, as the stone and brick could not stand up to heaving permafrost, and in 1831, the stone fort was razed."
Meanwhile, the Prince of Wales Fort, situated ~140 miles northwest of Fort York is doing just fine. 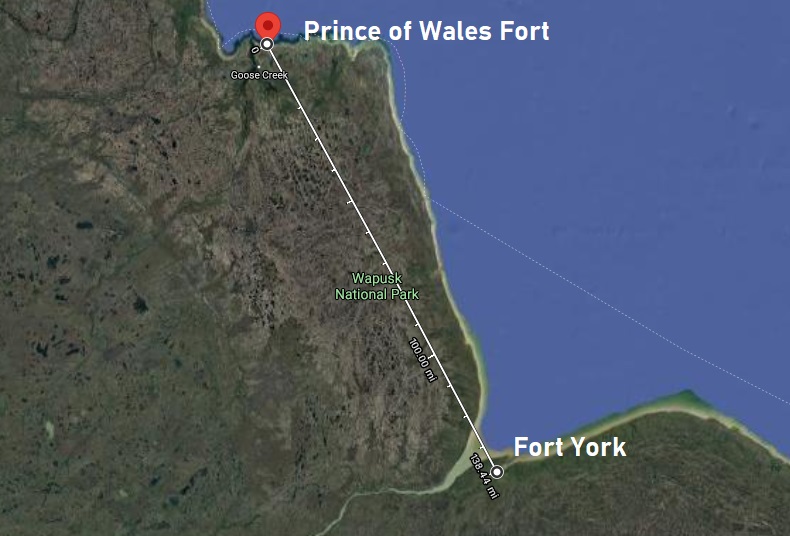 As you can see, it still exists today. 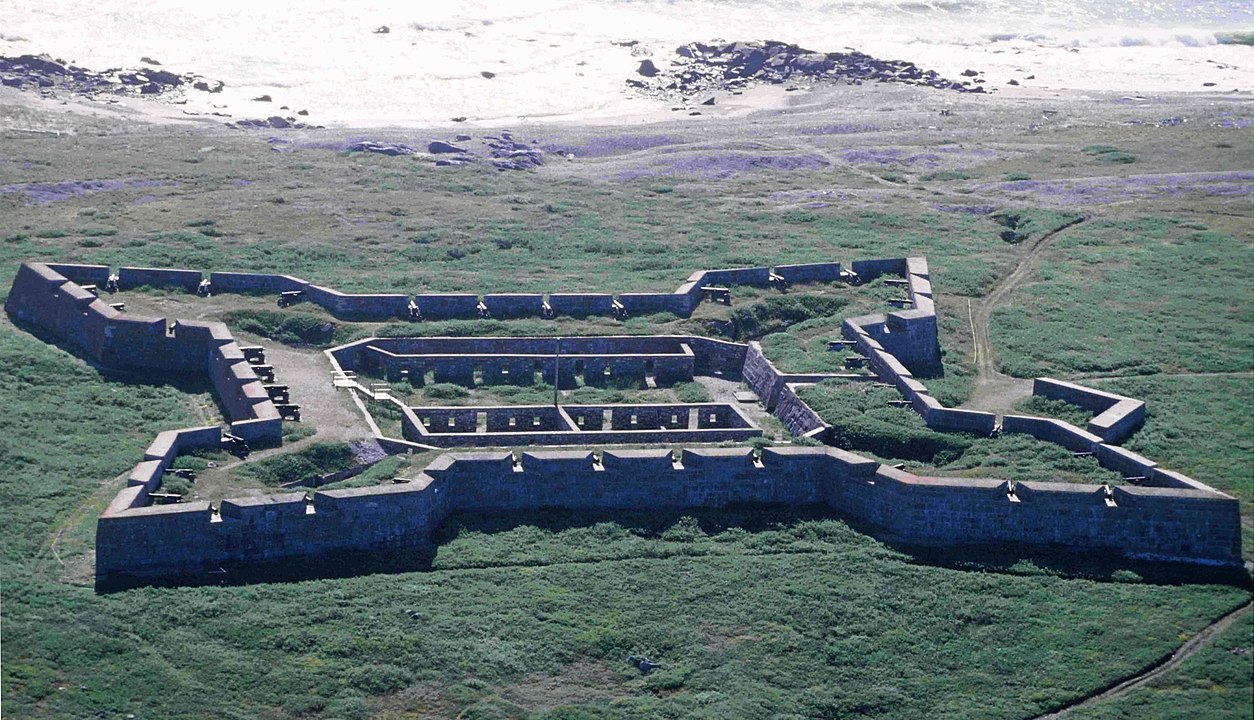 Construction of this fort, a structure still standing today, was started in 1731 near what was then called Eskimo Point. It was in the form of a square, with sides 90 m (300 ft) long and walls 6 m (20 ft) tall and 9 m (30 ft) thick at the base.
This fort has an octagon in the middle. I think this is what the dude in this video was referring to as a possible power station location.

Lies?​
It is fairly obvious, that half of the area occupied by Fort York in 1694 is covered by the Hayes River today. If the Hayes River changed its course due to natural reasons, and it resulted in half of the fort getting swallowed by the river... why wouldn't they simply say so? If they decided to raze the fort because it was about to get consumed by the river, and to preserve construction materials the fort was disassembled... why wouldn't they say so?
Question: what happened to the fort and to the general area?


1688 Map​
Well, and then we have the below image on this 1688 Map. The map was allegedly produced by Vincenzo Coronelli. In the description section we have the following:

KD: What do you guys think happened to Fort York, when was it built, and what structure Mr. Coronelli disclosed on the above image?
Click to expand...

Thank you for the article.
I was interested in the image of cannibals on the map presented at the very end of your article. What's surprising is that just below, to the southeast, other people are quietly busy with normal barbecue (fish?, seal?). 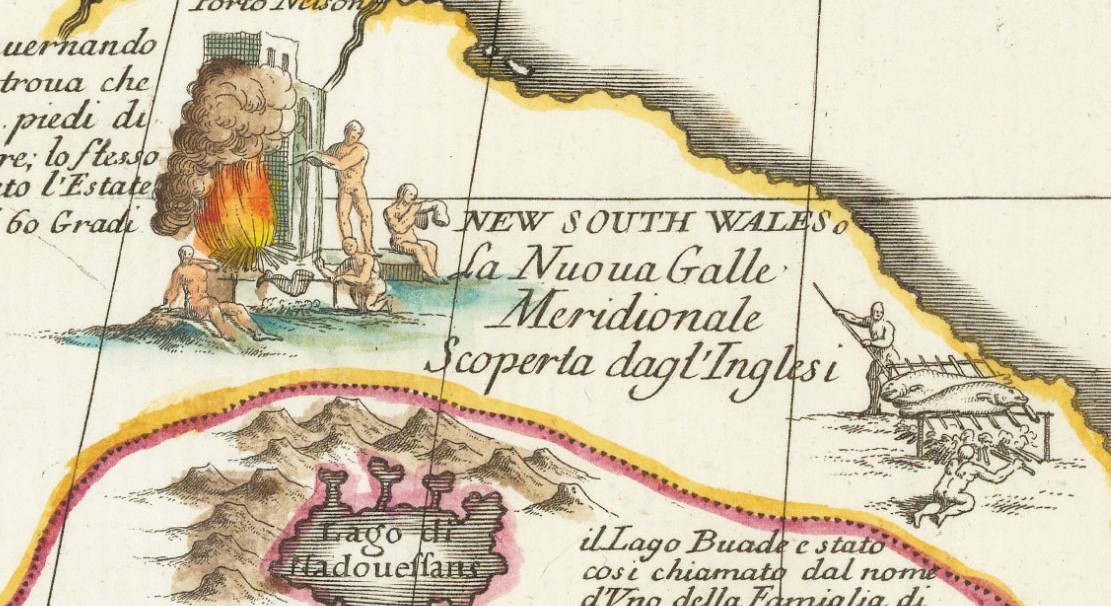 ​
By the way there we can see the idol (?), it is difficult to make out because it is depicted sideways, but in my opinion there is some "antiquity" of this sculpture (I tried in Photoshop to turn the building a little bit with the facade towards the viewer). 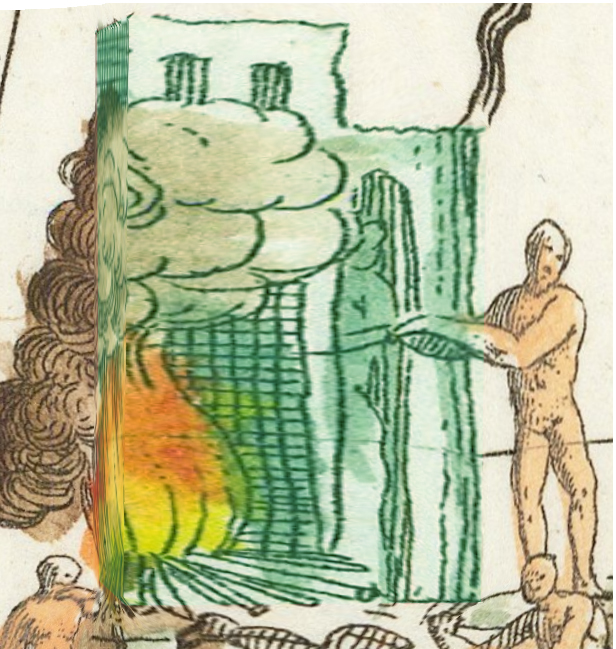 ​
Besides, people without clothes, even though they're warming themselves by the fire. Is the weather in this region conducive to that? Probably not, since this book [Elminthologia Or Some Physical Considerations of the Matter, Origination and Several Species of Wormes, Macerating and Cruciating Every Part of the Bodies of Mankind. (etc.). — William I Ramsay, 1668] says the following about it and its neighboring region: "In Mosco in 53. degrees of Latitude, and Buttons Bay in 52. Snow and hard Frosts all the Winter long, nay, and most part of the Summer too; and here again in this our Island in the same Latitude, we have more open and temperate weather."

​
Just below where the fish fry is, it says this: "La Nuoua Galle Meridianale Scoperta dag l'Inglesi." — "The Nuoua Galle Meridianale discovered by the English." Google Books about "New South Wales" not enough has been written, or is it just my bad luck. In my opinion the messages in the two books are noteworthy.
"A Compleat Delineation and Description of the Several Regions & Countries in the Whole World", Thomas Porter (topographer.) 1661, page 79.

"A New Cosmography, or Survey of the Whole World; in six ingenious and comprehensive discourses, etc. [With two engravings.]" Guy Miege 1682, pages 83 & 125.
This tells us that the name "New South Wales" is quite well established for this area if it appears in several books before the map is published.
Who are these cannibals?
Last edited: Jun 13, 2021
You must log in or register to reply here.
Similar articles