Stranger almost than the “Manuscript found in a Copper Cylinder” is the copy of a map which came across seas to Honolulu from a Buddhist Temple in the mountains of central Japan. It is a map of the world made 1000 years ago.

Dr. Kobayashi, the well-known Japanese physician and surgeon of Honolulu, has received a copy of the map, which he believes to have been made by Chinese priests ten centuries ago. The map is drawn on the principle of the Mercator Projection showing the North Pole as the center of a circle in which arc the continents of North and South America, Europe, Africa, Asia and Australia.

“The map was found by my brother in a Japanese temple in the mountains of Japan,” said Dr. Kobayashi. “It has been hidden from the Japanese government 111 modern times just as it was in ancient tunes, for in olden days such a map would have been destroyed by tlic authorities. According to a letter the original map was brought from China by a Buddhist priest and concealed in this temple.

“Ten years ago my brother was a consumptive. Although I was a physician he did not wish to be treated with medicines. He decided to go into the mountains and attempt a cure by himself. For ten years he has remained there and used his will power to effect a cure. Today he is a well man. During his stay there he found this map. lie evolved from it a theory of the flatness of the earth, despite all modern facts showing it to be a sphere. This theory has been his one aim in life. He is an artist and in order to demonstrate his theory he made beautiful drawings, picturesque and attractive to the eye, in which mechanical, astronomical and engineering methods are shown.

“My brother goes back to the days of Columbus and Amerigo Vespucci who, he says, sailed for a new country believing that by sailing directly in one general direction they would ultimately come to the place.

“We moderns know that a vessel sailing from a port and going generally in a continually easterly manner win arrive at the same place. The vessel, of course, goes around the globe. My brother’s theory is that one sails about a vast plane as one would sail around the edges of a bowl.”

The illustrations accompanying the map arc beautiful examples of Japanese art. No more attractive book of geography has ever been compiled. It is a mass of cherry blossoms, Fujiyamas, beautiful blue seas dotted with the sails of junks and sampans. There are landscapes and seascapes and bizarre pictures of Japanese women, designed along old-time styles. But in every sheet of such pictures the engineering lines are brought out in a way that does not mar the picture. With the text matter explaining each page, the geography should be easily understood.

Dr. Kobayashi now has all the original sheets, scores of them, and these he will return to Japan to his brother, who intends to have them put in the hands of publishers. It will be one of the most novel publications of the period.

The original map of which a copy drawn by Dr. Kobayashi’ s brother, and of which the accompanying cut is a tracing, is worm-eaten and barely holds together. The above map with all the continents and even the Hawaiian Islands shown, was evidently not made by the priests who traced the original lines.
Click to expand...
Reactions: stimoceiver
I love this, and really want this to be true. There are more ways than one in which a map like this might be an "accurate" representation of our world.

I respect anyone questioning the parameters of our existence enough to wonder if the size, shape, and bounds of our earth might be different from what we were taught in school, and from what NASA shows us. It's totally healthy at this stage of the game to doubt everything we've been told.

Ignoring the underlying FE debate and instead simply looking at flat maps and globe maps as models of the world in the most generic sense. A sphere can be mapped to a flat map, it just tends to introduce distortion. Lots of cool maps have come into existence to try to reduce this distortion to the minimum. These days most people are aware the Mercator projection used in schools in the latter part of the 20th century distorts the size of North America and Europe, making them larger in proportion to South America and Africa than they actually are. Two of the best known maps to try to reduce distortion are Buckminister Fuller's Dymaxion and the Waterman Butterfly.

Leaving aside the FE debate, these maps represent different strategies for mapping a spherical surface to a flat representation. What about going from a flat representation back to a spherical surface? What kind of sphere could the Japanese FE Map be expanded to make? Trying to make a sphere big enough to have that many continents is clearly not going to fit observed astronomical data.

But there is a mathematical object that would fit the bill: a 4 dimensional hypersphere. Put away notions of time or "spacetime," I'm talking about a hypothetical 4th spatial dimension.

In such a case, our observation of our planet and it's known continents would represent a 3 dimensional slice of a 4 dimensional sphere. This comprises the world within the "ice wall" on the Japanese FE Map. The set of continents beyond the outer "ice wall" represent another 3 dimensional slice of the 4 dimensional sphere. And perhaps there are locations on our 3 dimensional slice where there is a curvature in the 4th dimension, creating a possibility to travel to and from adjacent 3 dimensional slices. Such a location or locations could be anywhere: it might just as easily be at the poles, a "secret hole to the hollow Earth in Antarctica", or hidden like Rene Daumal's Mount Analogue, or located in secret pre-mud flood cave cities under our modern cities, whatever. It's obviously not easy to visualize, but drop acid and stare at animated loops of tesseracts long enough and maybe it clicks, I dunno. 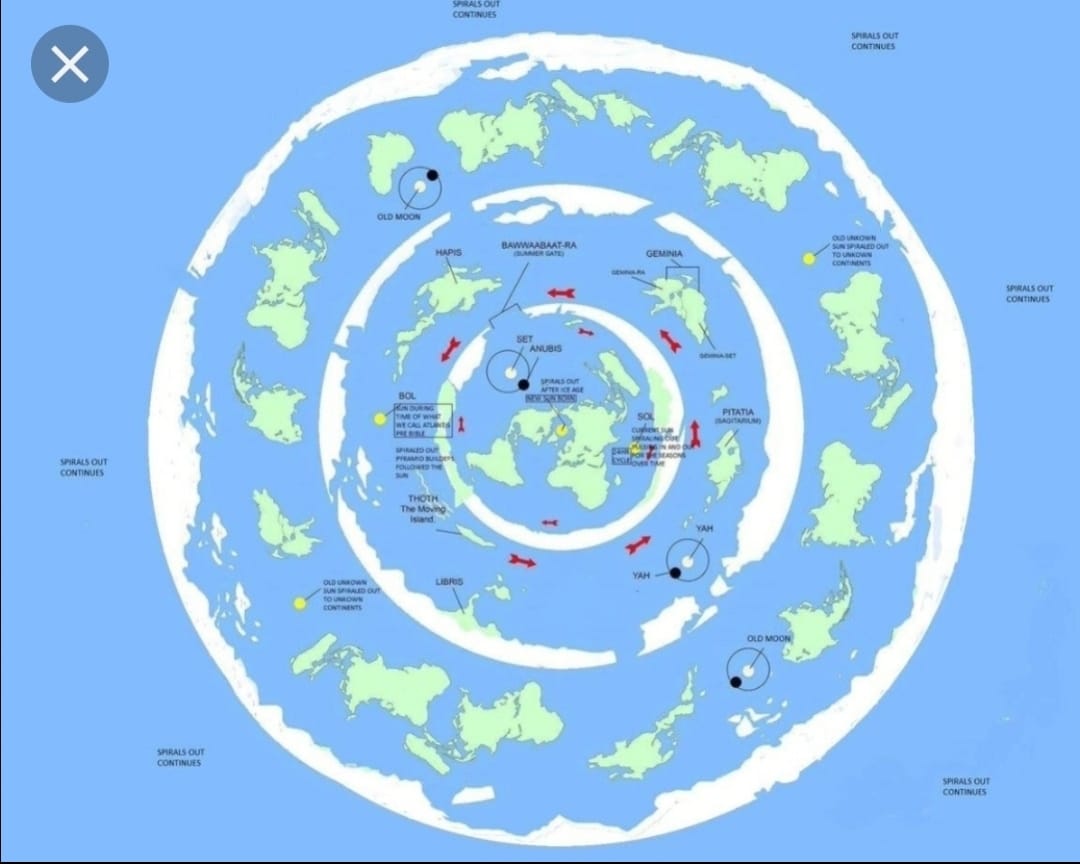 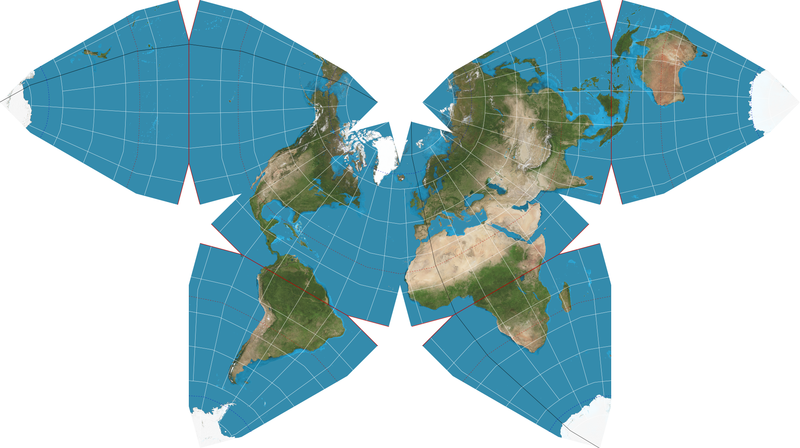 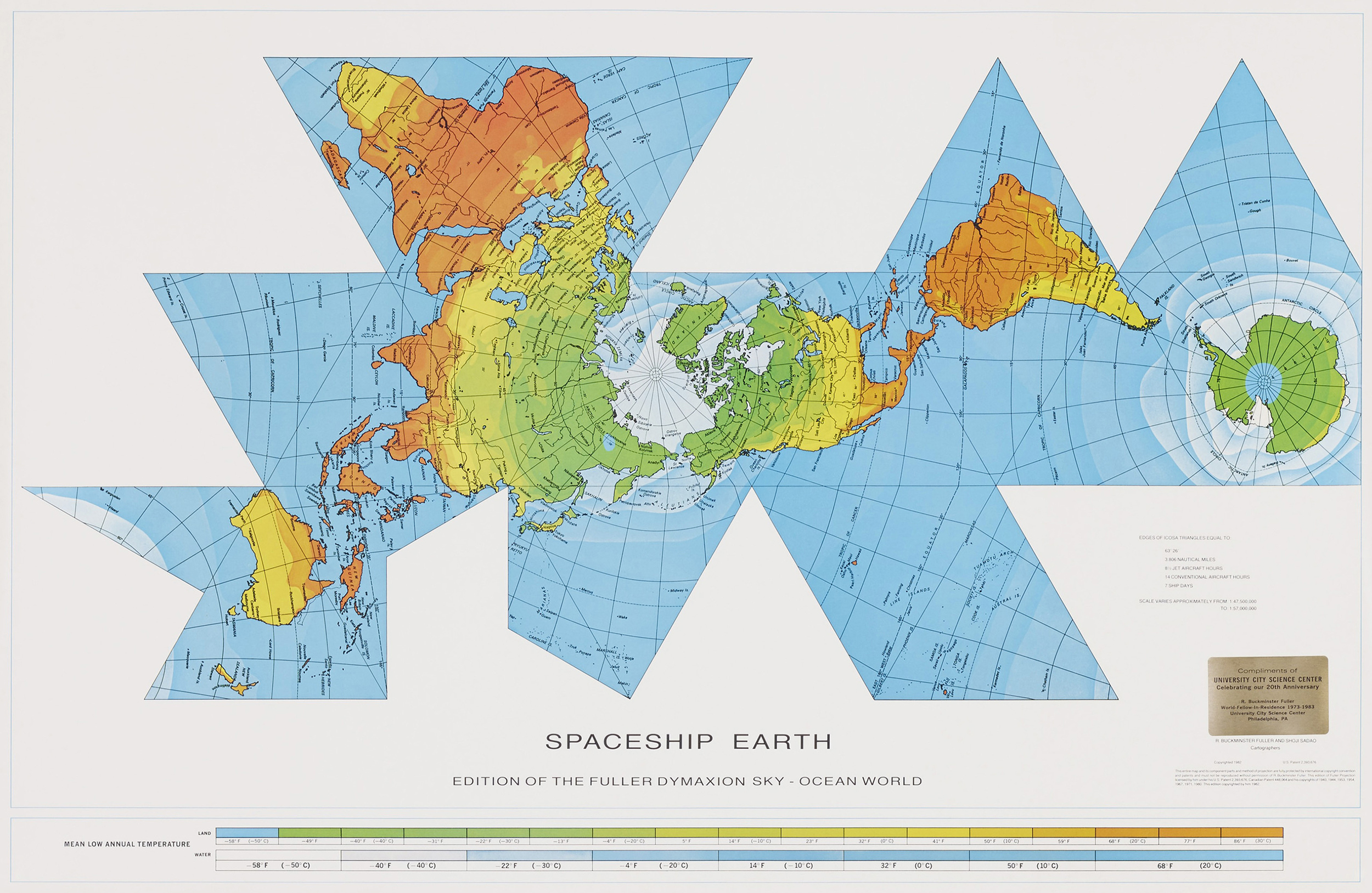