The Obfuscation of Photography

Buy for $20.85
The oldest surviving photograph is not ‘The view from the window at le gras’ by Joseph Nicéphore Niépce from 1826 or 27! It is not even close to being the oldest photograph, surviving or otherwise. In reality, the medium of Photography ‘Drawing with light’ sitting within our scattered history has existed for human eternity. Through wide-ranging research and personal practice, over two years, investigations have led me to see past the mainstream, academic narratives pertaining to art history and in particular Photography’s conception in the 1820s by Joseph Nicéphore Niépce, and enabled me to discover completely different points of origin in history for photographic practice. Through research and experimental practice, I have proven that Photography, was definitely understood and in use throughout what we refer to as the Medieval and Renaissance periods of Scaligerian history. 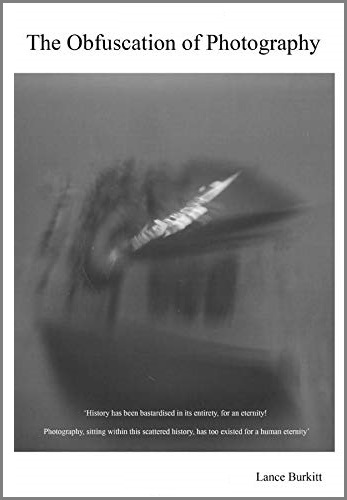 The result of this is my making some astounding discoveries, and in turn suggestions as to the truth of our history.
Although this book is written in a style, which you would term academic, with traditional citations and references, during my research, I discovered that much of academia has perpetuated many myths around both photography and our wider history, and in turn has played the leading role in their direct obfuscation. This has led me to become extremely skeptical when confronting academic texts, certainly pertaining to art and history.