The Ponce de Leon Hotel, was an exclusive luxury hotel in St. Augustine, Florida, built by millionaire developer and Standard Oil co-founder Henry M. Flagler and completed in 1888. The hotel was designed in the Spanish Renaissance style as the first major project of the New York architecture firm Carrère & Hastings, which would go on to gain world renown. 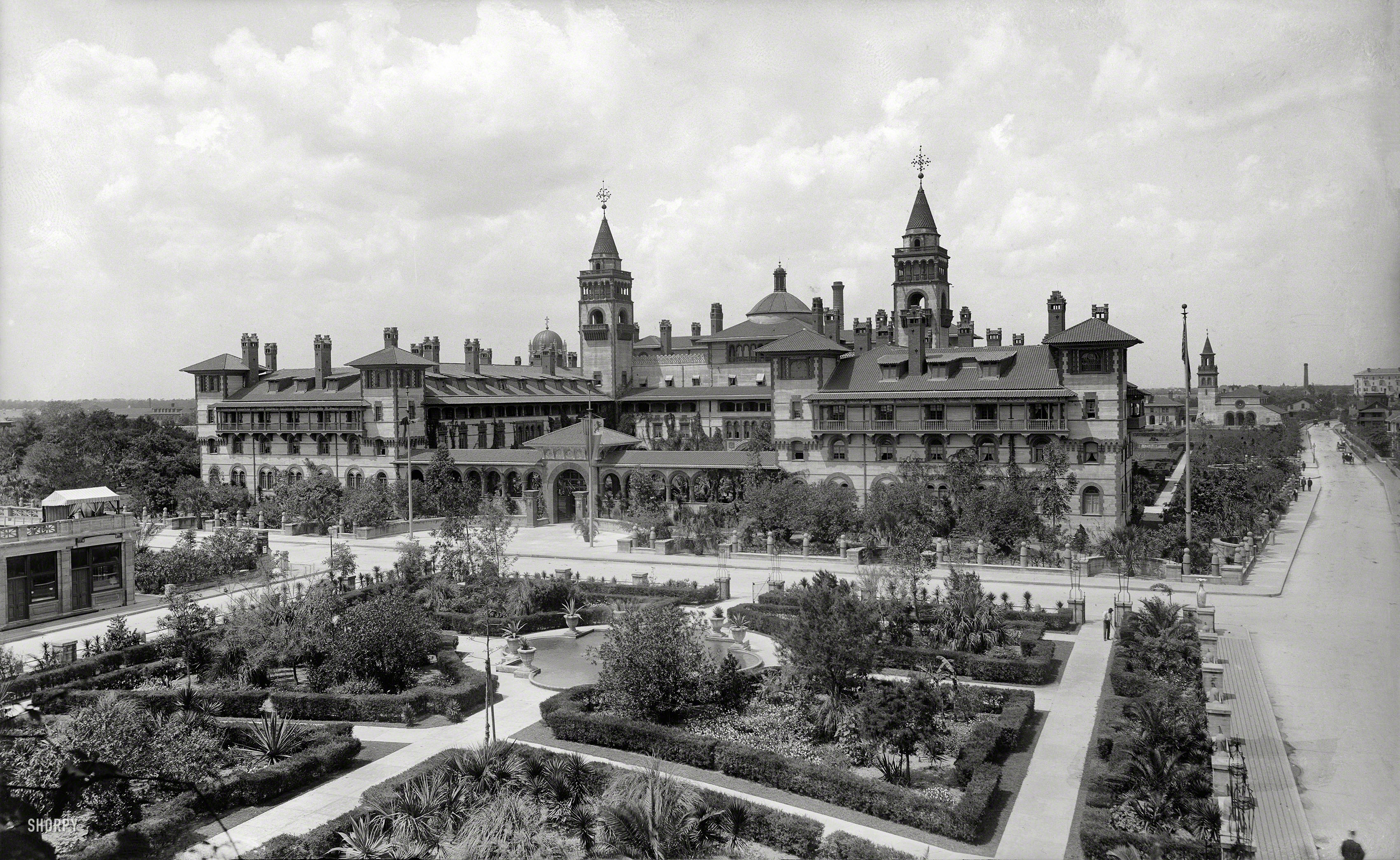 The hotel was the first of its kind constructed entirely of poured concrete, using the local coquina stone as aggregate. The hotel was also one of the first buildings in the country wired for electricity from the onset, with the power being supplied by DC generators installed by Flagler's friend, Thomas Edison. 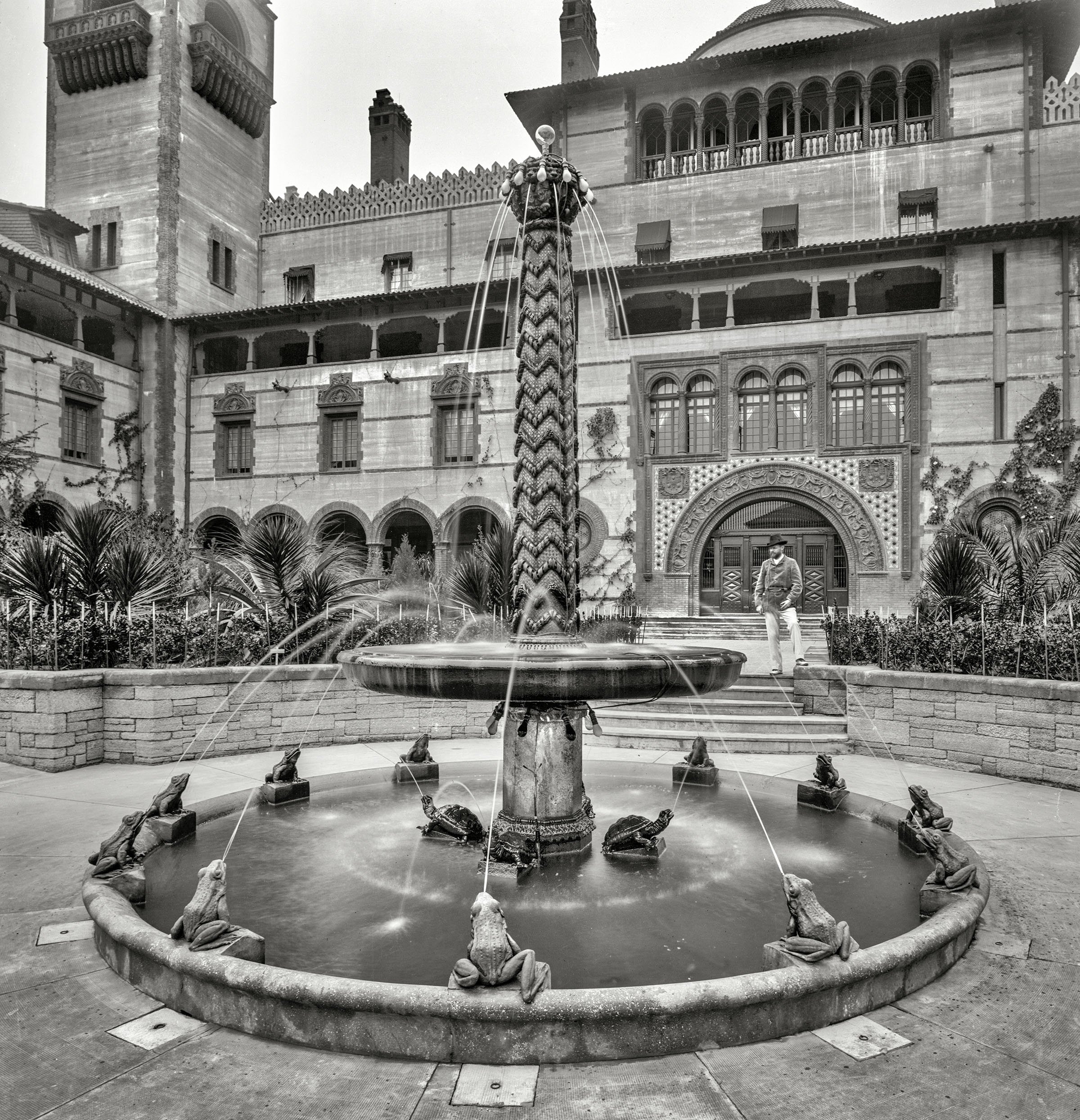 The original building and grounds of the hotel are today a part of Flagler College.

KD: What do you think about this hotel? What are those antenna looking things, as well as those balls on the, supposedly, flag poles? What about them "decorative?" wire art on the park entrance miniature pillars? What else do you see?
Click to expand...