Today, the building standing at the northeast corner of 61st Street and Ninth Avenue in Manhattan blends in well with its tall, dirt-colored brethren. 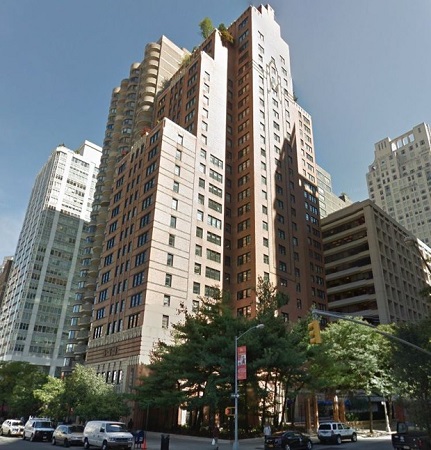 But back in the 1930s, the tower was anything but a bunch of apartments and offices. Indeed, it was the fantastic, futuristic “HOTEL for AUTOS”. The parking facilities were convenient, beginning with electric automatic parkers which received vehicles. Autos could be stored and returned to patrons at a moment's notice. Specifically, cars were handled by an electric parker, a small rubber- tired machine which ran beneath the auto and engaged with the rear axle by means of a rubber-cleated coupler. The parker required approximately fifteen seconds to move sixty feet from an elevator, lift the car, and return with it. It saved time by bringing a car from its parking space and returning it to the ground floor, without starting the motor. The auto rolled on its own wheels but was moved by the parker. 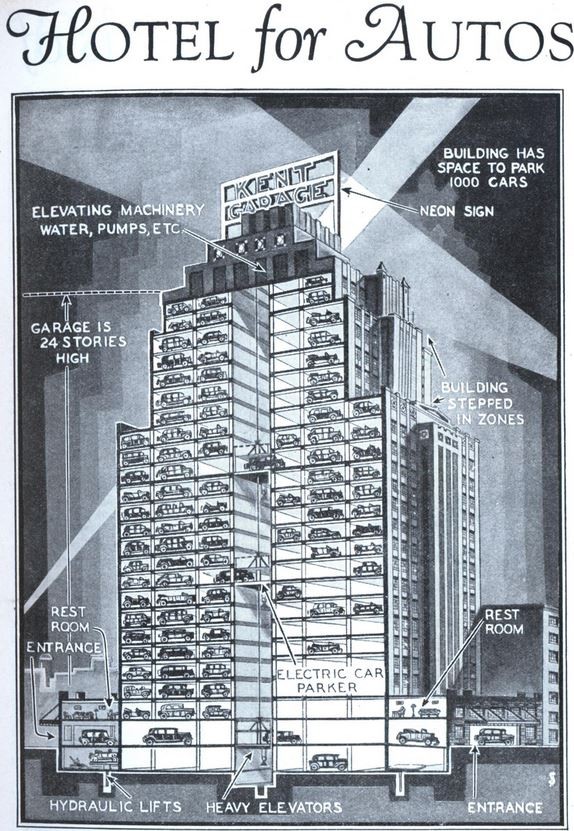 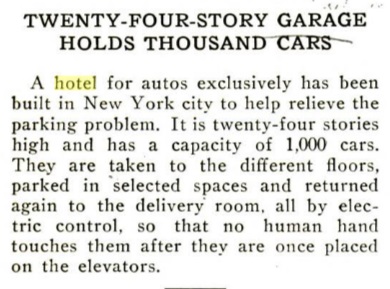 ​
"Traffic congestion in New York City has become such a serious problem that a special parking garage, or more properly a hotel for automobiles, is now being erected near Times Square after the design pictured above. Cars are handled automatically - all the attendants have to do is drive the automobile onto the elevator, press the proper button, and the car is whisked to the correct floor and stored in its individual stall, all without the need of human assistance." - The May 1929 issue of Modern Mechanics.


Business chronology
(there were more)​
Kent Automatic Garages were financed by the Kent Garage Investing Corporation of New York City. In 1928 the Packard Motor Company sold a plot 100 by 140 feet (30 by 43 m) on the corner of Ninth Avenue which was made into a twenty-five story Kent Automatic Garage at the northeast corner of Ninth Avenue and 61st Street. The building was a likeness of the Kent Grand Central Station Garage. The land adjoined the Packard showrooms and sold for $600,000. The garage held 1,000 cars.

By December 1930 had erected a twenty-eight story garage on Quincy Street in Chicago, Illinois, with space for 1,200 cars. The Wabash-Harrison Garage was built in connection with the $15,000,000 Carew Tower in Cincinnati, Ohio. This included a combination 650-room hotel and a 750-car Kent garage. Contracts for equipment and the erection of a $2,000,000 parking garage in Philadelphia, Pennsylvania, had been signed. 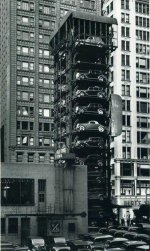 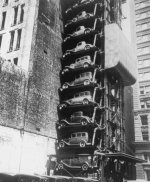 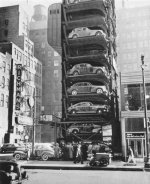 KD: Fun stuff they had back then. Fun and surprising. The first known automated parking garage "Garage Rue de Ponthieu" was built in Paris in 1905. They really had enough cars to justify vertical parking?