The Maps That Change Florida's History

Buy for $29.95
Juan Ponce de León, the discoverer and first governor of La Florida, established the first European colony in the United States on the west coast of Florida in 1521.
The inland exploration by Narváez and three hundred of his men, seeking a non-existent large bay to their north, resulted in the deaths of all but four, who became the first to explore inland North America, finally reaching the Pacific eight years later. 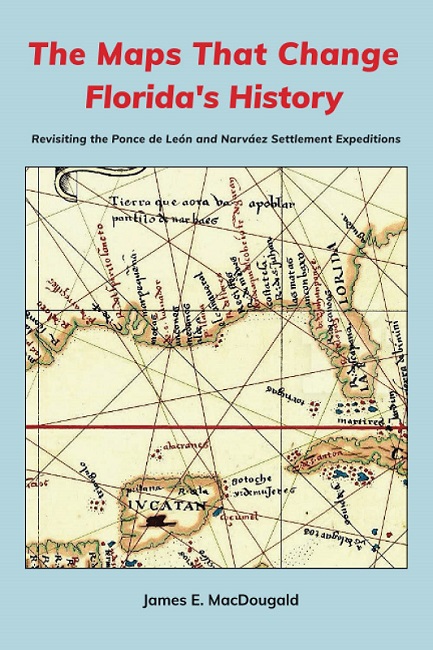 Rare and seldom-seen Spanish maps produced by the royal mapmakers in Seville in 1527 show the location and latitude for the Bay of Juan Ponce. MacDougald produces compelling evidence that Narváez was seeking the Bay of Juan Ponce, and that the first European colony established in the United States occurred in Tampa Bay, likely in the area known today as Safety Harbor in Old Tampa Bay, the site of the Tocobaga village visited by Narváez.