Buy for $40.66
One of the most beautiful maps to survive the Great Age of Discoveries, the 1513 world map drawn by Ottoman admiral Piri Reis is also one of the most mysterious. Gregory McIntosh has uncovered new evidence in the map that shows it to be among the most important ever made. 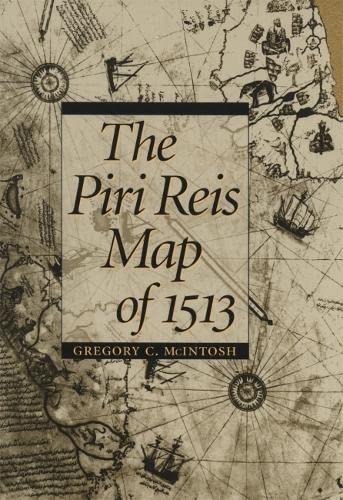 This detailed study offers new commentary and explication of a major milestone in cartography. Correcting earlier work of Paul Kahle and pointing out the traps that have caught subsequent scholars, McIntosh disproves the dubious conclusion that the Reis map embodied Columbus's Third Voyage map of 1498, showing that it draws instead on the Second Voyage of 1493-1496. He also refutes the popular misinterpretation that Reis's depictions of Antarctica are evidence of either ancient civilizations or extraterrestrial visitation. McIntosh brings together all that has been previously known about the map and also assembles for the first time the translations of all inscriptions on the map and analyzes all place-names given for New World and Atlantic islands. His work clarifies long-standing mysteries and opens up new ways of looking at the history of exploration.