Scanderbeg: A History of George Castriota

Buy for $27.82
Gjergj Kastrioti Skënderbeu (1405 – 1468), known as Skanderbeg (İskender Bey), was an Albanian feudal lord and military commander who led a rebellion against the Ottoman Empire in what is today Albania, North Macedonia, Greece, Kosovo, Montenegro and Serbia. 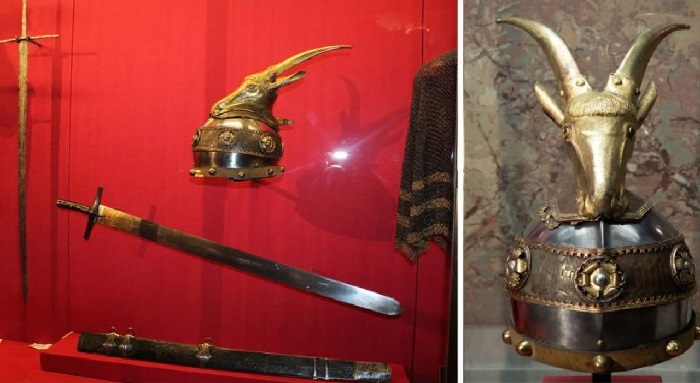 A member of the noble Kastrioti family, he was sent as a hostage to the Ottoman court. He was educated there and entered the service of the Ottoman sultan for the next twenty years. His rise through the ranks culminated in his appointment as sanjakbey (governor) of the Sanjak of Dibra in 1440. In 1443, during the Battle of Niš, he deserted the Ottomans and became the ruler of Krujë, Sfetigrad, and Modrič. In 1444, the council of feudal lords that historians would later call the League of Lezhë named Skanderbeg its chief military commander (first among equals). The league consolidated nobility throughout what is today Northern Albania, under King Alfonso V, with Skanderbeg as captain general. 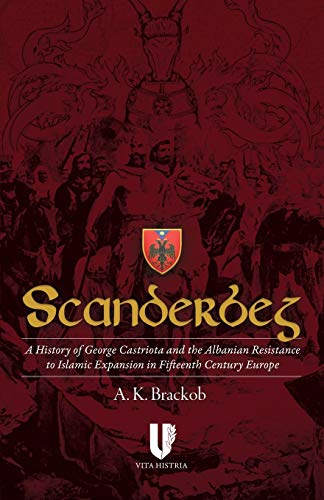 Despite his military valor he was only able to hold his own possessions within the very small area in today's northern Albania where almost all of his victories against the Ottomans took place. Skanderbeg's military skills presented a major obstacle to Ottoman expansion, and many in western Europe considered him to be a model of Christian resistance against Muslims. For 25 years, from 1443 to 1468, Skanderbeg's 10,000-man army marched through Ottoman territory, winning against consistently larger and better-supplied Ottoman forces.