Buy for $43.52
The consensual world history was manufactured in Europe in XVI-XIX centuries with political agenda of powers of that period on the basis of erroneous clerical chronology elaborated by Jesuits Joseph Justus Scaliger and Dionysius Petavius.
Why, oh why the mainstream historians do not gratify prominent mathematician Doctor Fomenko with laurels, but call the riot police? For example, the English historians rage at the suggestion that the history of Ancient England was de facto a Byzantine import transplanted to the English soil by the fugitive Byzantine nobility.
The Russian historians brand it all as pseudoscience: because Dr. Fomenko asserts that there was no such thing as the Tartar and Mongol invasion followed by over two centuries of slavery, providing a formidable body of documental evidence to prove his assertion.
Dr. Fomenko proves that official Russian history is a blatant forgery concocted by a host of German scholars brought to Russia by the usurper dynasty of the Romanovs. Their ascension to the throne was the result of conspiracy, so they charged these German imports historians with the noble mission of making Romanovs reign look legitimate. 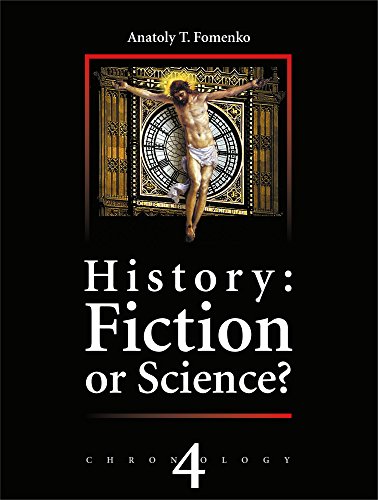